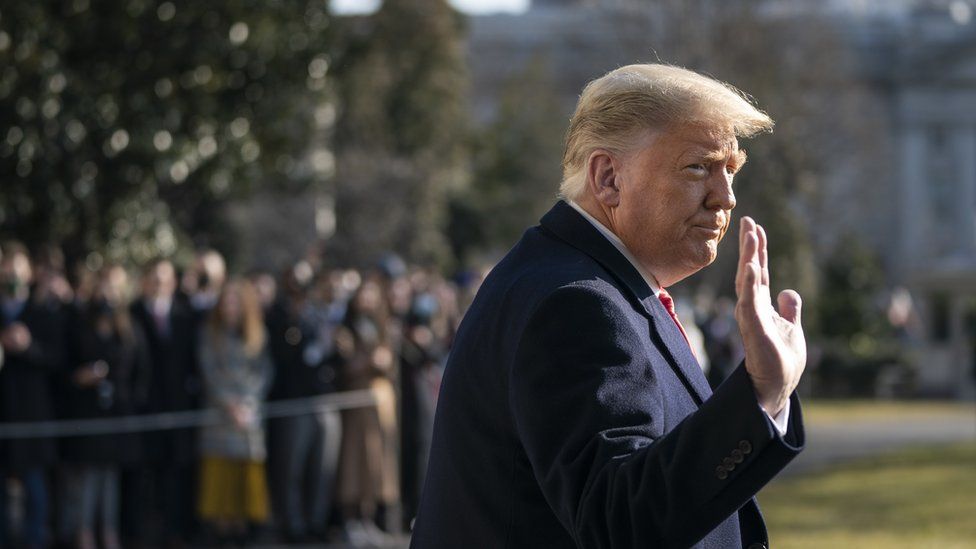 Donald Trump is about to stand trial in the US Senate for his role in the riot at the Capitol on 6 January. He says he won’t give evidence himself, so what can we expect?

The former president is the first in US history to have been charged with misconduct – or impeached – twice by the lower chamber of US Congress.

The Democratic-controlled House of Representatives accused Mr Trump of encouraging violence with his false claims of election fraud and egging on a mob to storm the Capitol on 6 January.

Some Republicans also backed impeachment in that historic vote.

What happens next?
The Senate trial of Mr Trump, a Republican, begins on Tuesday.

A two-thirds majority in the Senate means a conviction.

If Mr Trump is convicted, senators could also vote to bar him from ever holding public office again.

What is the prosecution’s case?
Donald Trump is “personally responsible” for the riot and must be convicted, Democrats say.

In a pre-trial legal brief, they said his repeated refusal to concede the election led to an “incitement of insurrection against the republic he swore to protect”.

Mr Trump’s “statements turned his ‘wild’ rally on 6 January into a powder keg waiting to blow”, they claim.

They will use his words and footage from the riot to show that “the furious crowd” was “primed (and prepared) for violence if he lit a spark”.

“The evidence is clear,” they wrote. “When other attempts to overturn the presidential election failed, former President Trump incited an attack on the Capitol.”

Although he is no longer in office, they argue “a president must answer comprehensively for his conduct in office from his first day in office through his last”.

They call for him to be disqualified from ever running for office again.

What is Trump’s defence?
Mr Trump’s team will reject the case against him as unconstitutional, claiming that he is private citizen who can no longer be deposed.

His lawyers argue that the Senate cannot act against him “because he holds no public office from which he can be removed”.

They will also claim his pre-riot remarks did not incite his supporters to attack the Capitol.

Mr Trump has rejected that allegation in the past, saying his comments were “totally appropriate”.

His legal team reiterated that denial, saying “the Article of Impeachment misconstrues protected speech and fails to meet the constitutional standard for any impeachable offence”.

In their own pre-trial brief, they call for the case to be dismissed. 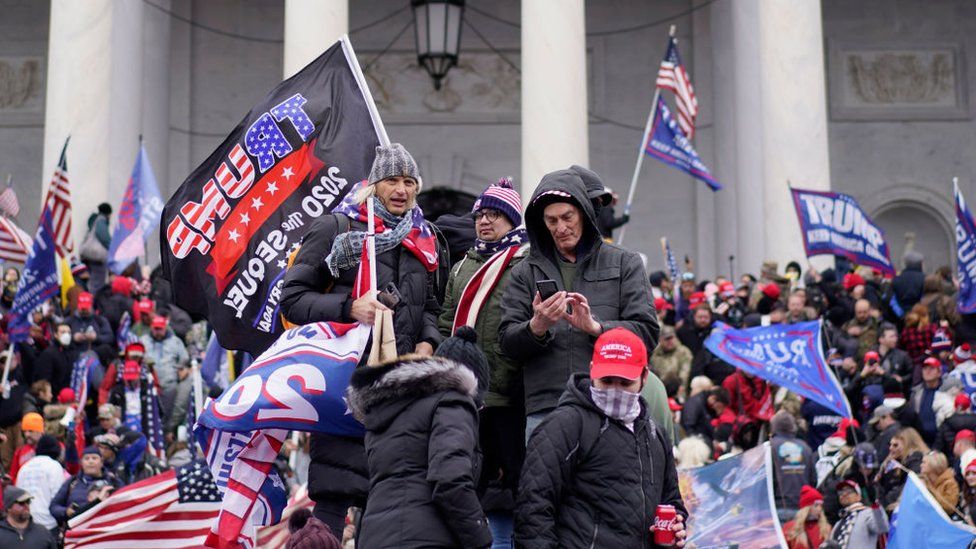 Can he be tried now he has left?
It’s never happened before, so it’s untested and the US Constitution doesn’t say.

Impeachment proceedings against President Richard Nixon were ended when he quit in 1974.

So Mr Trump could take his case to the Supreme Court, claiming his trial was unconstitutional.

Some lower ranked officials have been impeached after leaving office.

Will Trump give evidence?
That’s certainly what prosecutors wanted. On Thursday, they sent a letter inviting him to testify under oath “at a mutually convenient time and place” next week.

The House managers suggested that they would cite Mr Trump’s silence as further proof that their allegations were true.

Within hours, however, the former president’s lawyers had rejected the request as a publicity stunt.

They made clear he would not testify voluntarily. The prosecutors do have the power to subpoena his testimony, but that is considered unlikely.

Who will be involved in the trial?
Supreme Court Chief Justice John Roberts presided over the first impeachment trial of Mr Trump, but will not do so again.

Democratic Senator Patrick Leahy – third in the line of presidential succession – will preside over the trial instead.

Prosecuting the case will be nine House Democrats, known as the impeachment managers.

Mr Trump will be represented by two attorneys – Bruce Castor and David Schoen.

It remains unclear if he will add more people to his legal team.

All 100 US senators have been sworn in as jurors in the trial.

Could Trump be convicted in the Senate?
Democrats only hold half the 100 seats so they would require 17 Republicans to vote against someone from their own party.

That’s a high bar for a party that has largely remained publicly loyal to Mr Trump.

But 10 Republicans in the House supported impeachment and a handful of senators have indicated they are open to it.

Last week, however, 45 out of 50 Senate Republicans voted in favour of a bid to dismiss the trial.

Could Trump run for president again if convicted?
If he is convicted by the Senate, lawmakers must hold another vote to block him from running for elected office again – which he had indicated he planned to do in 2024.

This could be the biggest consequence of this impeachment.

If he is convicted, a simple majority of senators would be needed to block Mr Trump from holding “any office of honour, trust or profit under the United States”.

So 50 senators plus a casting vote from Vice-President Kamala Harris would be enough to damn Mr Trump’s hopes of political power.

This could be appealing to Republicans hoping to run for president in the future and those who want Mr Trump out of the party.

What about other benefits?
There has been talk of Mr Trump losing benefits granted to his predecessors under the 1958 Former Presidents Act, which include a pension and health insurance, and potentially a lifetime security detail at taxpayers’ expense.

However, Mr Trump is likely to keep these benefits if he is convicted after leaving office.

What was his first impeachment for again?
That was over his dealings with Ukraine, although he denied any wrongdoing.

He was accused of pressing the country’s leader to open an investigation into Mr Biden, then his emerging rival for the White House, and his son Hunter.

Mr Trump appeared to use military aid as leverage. He was impeached by the House and cleared by the then Republican-controlled Senate.

Biden unveils COVID strategy – and it involves a mask mandate