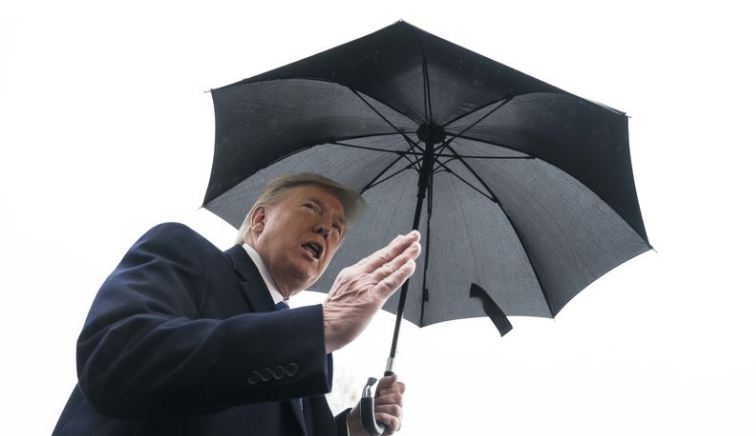 After broaching the possibility of quarantining New York, Connecticut and New Jersey, President Trump backtracked late Saturday, saying a “quarantine will not be necessary.”

Earlier in the day, the president said he was “looking at” quarantining New York, New Jersey and parts of Connecticut because they had developed as “hot spots” of the coronavirus outbreak.

Several hours later, Trump said in a series of tweets that he would instead “issue a strong Travel Advisory” to be administered by governors in consultation with federal officials. Trump said he made the decision on the recommendation of the White House Coronavirus Task Force and the governors of New York, New Jersey and Connecticut.

Following Trump’s reversal, a statement released by the Centers for Disease and Control on Saturday night said, “Due to extensive community transmission of COVID -19 in the area, CDC urges residents of New York, New Jersey, and Connecticut to refrain from non-essential domestic travel for 14 days effective immediately.”

Trump’s announcement came on a day when he traveled to Naval Station Norfolk, where he spoke about the deployment of the USNS Comfort, a hospital ship destined for New York Harbor. The ship will support the taxed medical resources of New York City — which, with more than 30,000 confirmed cases and at least 672 deaths as of Saturday afternoon, has become the epicenter of the pandemic in the U.S.

New Jersey has also seen a big spike in cases recently — with more than 11,000 confirmed, in all, at least 140 of which have resulted in the patient’s death. Connecticut has seen at least 1,524 cases and reported 33 deaths.

“We might not have to do [the quarantine],” Trump told reporters before his departure to Norfolk, “but there’s a possibility that sometime today we’ll do a quarantine — short-term two weeks for New York, probably, New Jersey and parts of Connecticut.”

Donald Trump said coronavirus ‘should have never happened.’ What?