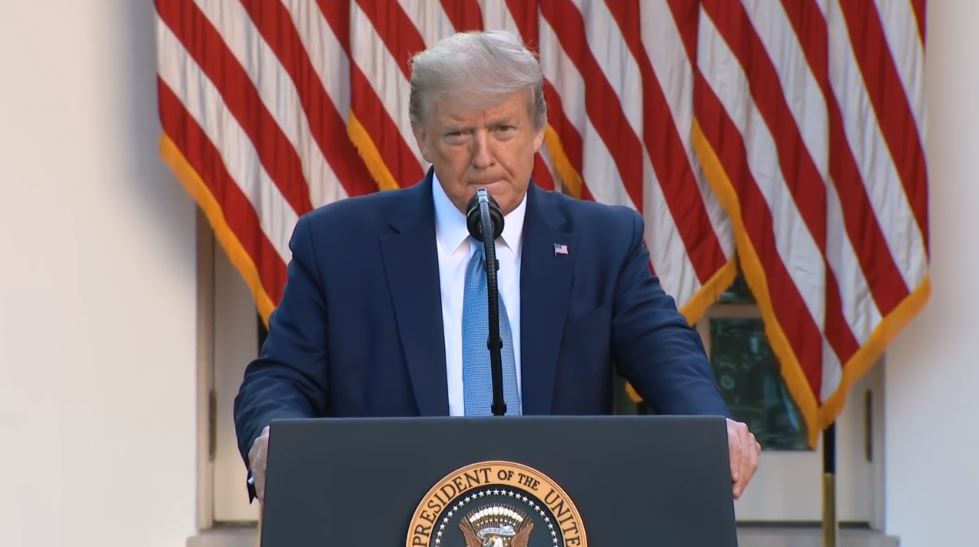 WASHINGTON (AP) — President Donald Trump said Wednesday he’s prepared to announce new guidelines allowing some states to quickly ease up on social distancing even as business leaders told him they need more coronavirus testing and personal protective equipment before people can safely go back to work.

The industry executives cautioned Trump that the return to normalcy will be anything but swift.

The new guidelines, expected to be announced Thursday, are aimed at clearing the way for an easing of restrictions in areas with low transmission of the coronavirus, while keeping them in place in harder-hit places. The ultimate decisions will remain with governors.

“We’ll be opening some states much sooner than others,” Trump said.

But in a round of calls with business leaders Wednesday, Trump was warned that a dramatic increasing in testing and wider availability of protective equipment will be necessary for the safe restoration of their operations.

The new guidelines come as the federal government envisions a gradual recovery from the virus, in which disruptive mitigation measures may be needed in some places at least until a vaccine is available — a milestone unlikely to be reached until sometime next year.

Trump said at his daily briefing that data indicates the U.S. is “past the peak” of the COVID-19 epidemic, clearing the way for his plans to roll out guidelines to begin to “reopen” the country.

He called the latest data “encouraging,” saying the numbers have “put us in a very strong position to finalize guidelines for states on reopening the country.”

Dr. Deborah Birx, the White House coronavirus task force coordinator, added that data from across the country showed the nation “improving,” but that Americans had to recommit to social distancing to keep up the positive momentum.

She said nine states have fewer than 1,000 cases and just a few dozen new cases per day. She said those would likely be the first to see a lifting in social distancing restrictions at the direction of their governors under the guidelines set to be released Thursday.

Birx said the White House was particularly concerned about Rhode Island, noting it is now seeing a surge in cases from the Boston metro area after seeing a spike several weeks ago from cases from New York.

He received a mixed message from the industry leaders. They, too, said they want to get the economy going but had worries about how to safely do so.

In a tweet midway through Trump’s round of conference calls with the executives, the president said the participants were “all-in on getting America back to work, and soon.”

But participants in a morning call that included dozens of leading American companies raised concerns about the testing issue, according to one participant who spoke on condition of anonymity to describe the private discussion.