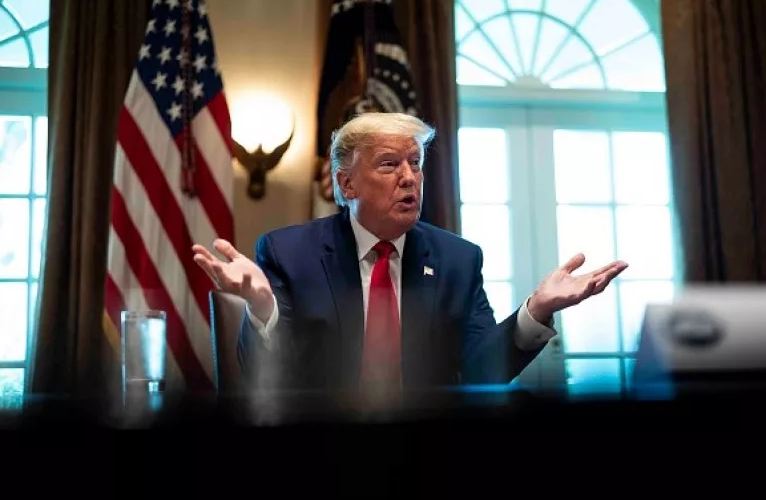 President Donald Trump on Saturday said that, if needed, he will impose tariffs on oil imports in an effort to protect American energy companies and their thousands of employees.

During his press conference at the White House with the Coronavirus Task Force, the president was asked about a pending agreement between Russia and Saudi Arabia that could ultimately drive down the price of crude oil to $10 per barrel, which would harshly affect American-based companies.

Trump said that although lower gas prices are beneficial to Americans who can still drive their cars during the coronavirus pandemic for very low prices, he said it will “hurt a lot of jobs” in the United States.

“We’re going to take care of our energy business. And if I have to do tariffs on oil coming from outside, or if I have to do something to protect thousands or tens of thousands of energy workers and our great companies that produce all these jobs, I’ll do whatever I have to do.”

Kelly Crane, the president and CEO of Napa Valley Wealth Management, said a sharp dip in foreign prices would mean dependency on foreign oil, which could lead to more economic downturn in a time when jobs are already being lost and the stock market trying to stay afloat during the COVID-19 pandemic.

“Our shale producers can’t make money below $40-50 a barrel, and if domestic production shuts down, we’re back to depending on foreign suppliers for oil,” Crane said.

That’s when Trump stepped in Saturday to say a tariff would be imposed on that oil. Trump also took a swipe at OPEC, calling them a cartel and “illegal.”

Trump said Russia and Saudi Arabia would likely reach a settlement because “they’re going to be destroying themselves if they don’t.” Trump said he spoke with both Russian President Vladimir Putin and with Saudi Arabia, and he believes there will be a reduction of 10 million barrels of oil in the agreement.

“They told me they’re discussing. Saudi Arabia even went further that he thinks a deal is going to be made at 10 million barrels reduction, and maybe even more than that. He actually indicated it’ll most likely be more than that, so we’ll see what happens,” Trump said.

Saudi Arabia had proposed substantially cutting Russia’s supply, which led to Moscow officials to altering their energy policies, perhaps even shifting to the U.S. to attain shale oil. The standoff happened about the same time COVID-19, otherwise known as coronavirus, began its infection on a worldwide scale. Then two weeks ago, the global markets began to plummet