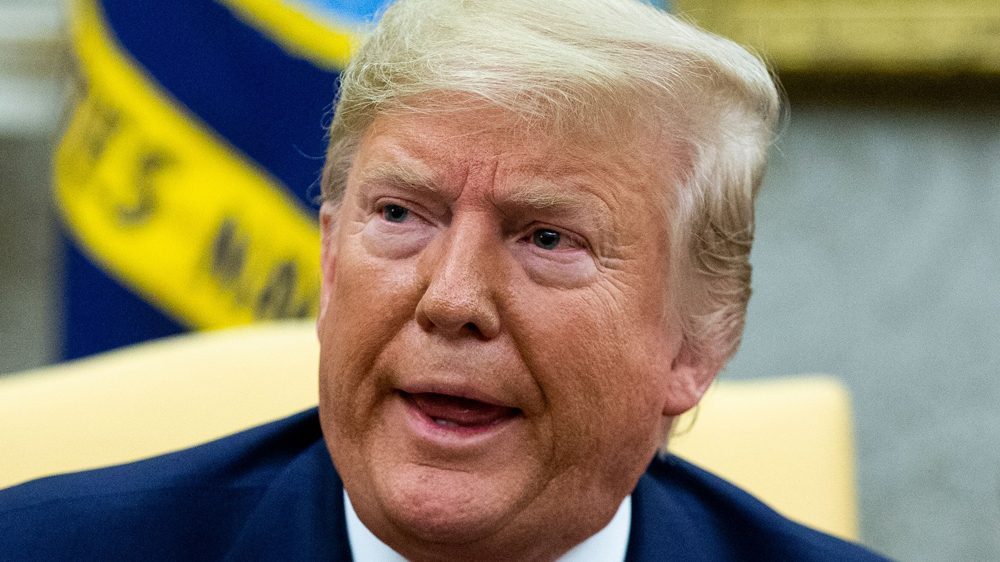 Trump Said Coronavirus Would ‘Miraculously’ Be Gone By April

President Donald Trump thinks he’s doing a fabulous job getting the country through the coronavirus crisis. He’s more than happy to boast about it.

“One of the things I did is I closed down the borders to China and to other areas that are very badly affected and really having a lot of troubles. … I closed them down very early, against the advice of almost everybody, and we’ve been given rave reviews.” [March 6]

“Our team is doing a great job with CoronaVirus!” [March 11]

“My administration has done a job on really working across government and with the private sector, and it’s been incredible. It’s a beautiful thing to watch, I have to say.” [March 29]

But Trump spent weeks, if not months, downplaying the seriousness of the virus while pushing his political agenda of boosting his own brand and trying to shut down U.S. borders.

In fact, the president really didn’t want to do much of anything about the virus. He tried to assure people that it would be gone by April. Nothing to see here.

On Feb. 10, he repeatedly predicted ― at a meeting with governors, at a campaign rally and in a Fox Business interview ― that the coronavirus would no longer be a problem by April. He then made this claim at least three more times a few days later.

“Now, the virus that we’re talking about having to do ― you know, a lot of people think that goes away in April with the heat ― as the heat comes in. Typically, that will go away in April. We’re in great shape though. We have 12 cases ― 11 cases, and many of them are in good shape now.” [Feb. 10]

“Looks like by April, you know, in theory, when it gets a little warmer, it miraculously goes away.” [Feb. 10]

“I really believe they are going to have it under control fairly soon. You know in April, supposedly, it dies with the hotter weather. And that’s a beautiful date to look forward to.” [Feb. 10]

“We think and we hope, based on all signs that the problem goes away in April.” [Feb. 13]

“There’s a theory that, in April, when it gets warm ― historically, that has been able to kill the virus. So we don’t know yet; we’re not sure yet.” [Feb. 14]

“I think it’s going to work out fine. I think when we get into April, in the warmer weather, that has a very negative effect on that and that type of a virus.” [Feb. 14]

On Feb. 10, there were 12 confirmed cases of COVID-19, the illness caused by the coronavirus, in the United States, according to Johns Hopkins University. Now there are nearly 200,000. And on Tuesday, the death toll in the U.S. surpassed 3,000, making the virus more deadly than the 9/11 terrorist attacks that reshaped much of American life.

Medical experts never agreed with Trump’s rosy prediction. But as usual, science didn’t stop Trump from saying whatever he wanted.

“We don’t know a lot about this virus,” CDC Director Dr. Robert Redfield said on Feb. 13. “This virus is probably with us beyond this season, beyond this year, and I think eventually the virus will find a foothold and we will get community-based transmission.”

Teachers drafting wills even obits along with lesson plans

Russia hits yet another record for new cases

Americans are putting their trust in Dr. Fauci. So who is he?