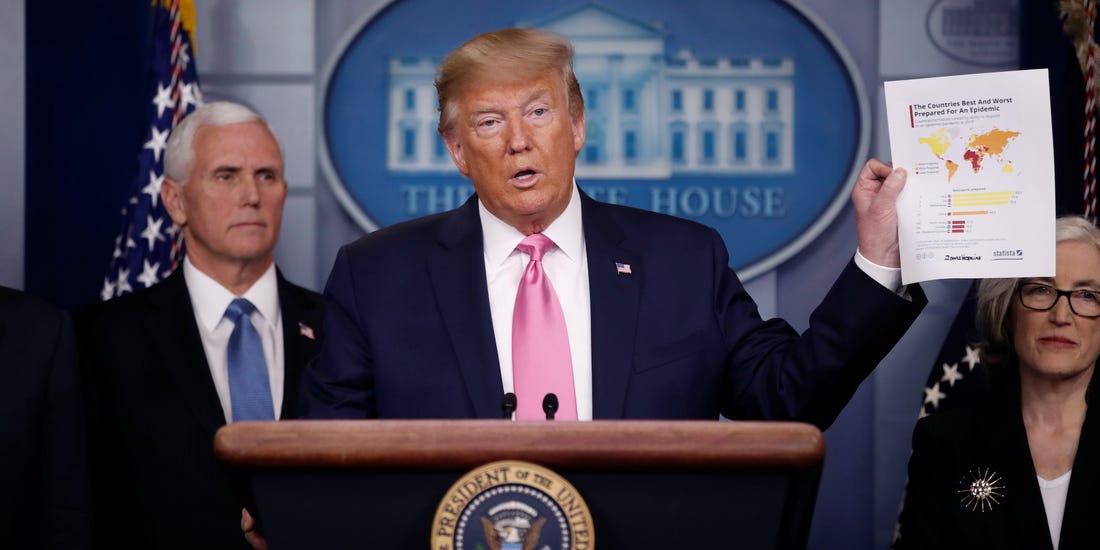 President Trump said Wednesday he could not confirm the veracity of the numbers of coronavirus cases and deaths being reported by China, as he warned Americans to brace for more “horrific” days in dealing with the virus.

While Trump said the numbers being reported by Beijing “seem to be a little on the light side,” the president and National Security Adviser Robert C. O’Brien said they currently have no way to confirm the number of COVID-19 cases being reported by the Chinese government. The comments follow accusations from critics that China is underreporting its cases.

The president put it more bluntly: “As far as the numbers, I’m not an accountant from China.”

“We are going to have a couple of weeks starting pretty much now but especially a few days from now that are going to be horrific,” Trump said.

The White House announced on Tuesday the extension of the social distancing guidelines after Dr. Anthony Fauci, director of the National Institute of Allergy and Infectious Diseases, and other public health officials on the White House coronavirus task force ominously warned that even if the U.S. were to continue to do what it was doing — keeping the economy closed and most Americans in their homes — the coronavirus could still leave 100,000 to 240,000 people in the United States dead and millions infected.

Without any measures in place to mitigate the contagion’s spread, those projections jump to between 1.5 and 2.2 million deaths from COVID-19.

To slow the spread of the virus, Trump said his administration is weighing stopping domestic flights in the U.S., although he he is reticent to do so given the economic impact and said if implemented it would only be from virus “hot spots.” He also advised faith leaders against violating stay-at-home orders and holding services amid reports of some churches holding gatherings.

“If you do that you are really giving this invisible enemy a really big advantage,” he said.

With the U.S. leading the world in the number of confirmed cases — by almost 100,000 — both public health officials and lawmakers in the United States have expressed skepticism about the numbers of coronavirus cases coming out of China — fueled by official efforts to quash bad news in the early days and a general distrust of the government. Long lines of people waiting to collect the ashes of loved ones at funeral homes last week revived the debate.

The United States has at least 890,500 coronavirus cases, including more than 51,000 deaths