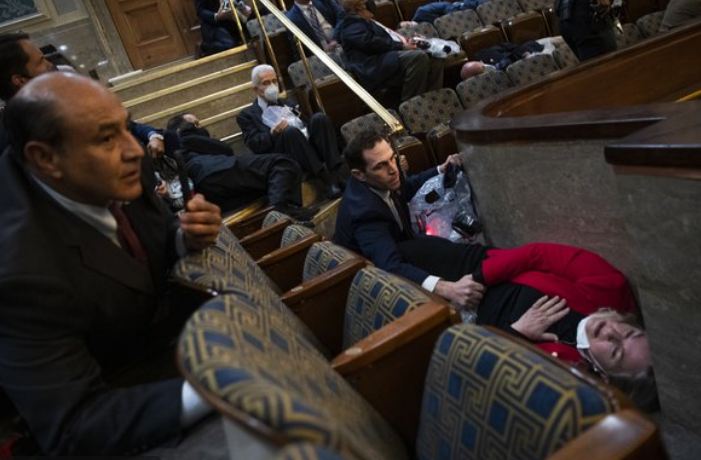 HOURS AFTER AN aggressive mob of Trump supporters caused chaos and violence at the U.S. Capitol, President Donald Trump, under pressure to defuse the situation, instead issued a taped video calling his election loss “fraudulent” and saying a second term was “stolen” from him and his supporters.

“I know your pain. I know you’re hurt, We had an election that was stolen from us,” Trump said in a video that appeared to have been taped on the White House lawn. A couple miles up Pennsylvania Avenue, law enforcement was struggling to control a situation that had protesters storming the Capitol, waving confederate flags and Trump banners in the halls and even getting into a Senate chamber where Vice President Mike Pence had been presiding over a proceeding on Biden’s Electoral College win.

Here are the stay-at-home orders in every state