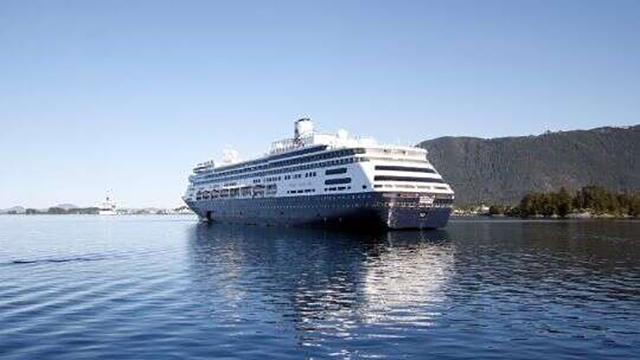 President Trump Tuesday urged Florida Gov. Ron DeSantis to allow passengers from a Holland America cruise ship to dock in the state a day after the governor said that would be a “mistake.”

“They’re dying on the ship,” Trump said during a White House briefing. Four people have died on the ship as of Tuesday evening. Trump said he planned to call DeSantis, according to Reuters. “I’m going to do what’s right, not only for us but for humanity.”

On Monday, DeSantis said South Florida is already overwhelmed by the virus and space in hospitals needs to be reserved for local patients and foreign nationals, according to FOX 13 in Tampa.

“We cannot afford to have people who aren’t even Floridians dumped into South Florida using up those valuable resources,” he told Fox News.

Holland America’s Zaandam left Argentina on March 7 and has been stuck at sea since then.

“We think it’s a mistake to be putting people into southern Florida right now, given what we’re dealing with, so we would like to have medical personnel simply be dispatched to that ship, and the cruise lines can hopefully arrange for that, tend to folks who may need medical attention,” DeSantis said.

Holland America officials confirmed that “four older guests” had died of the virus and at least 130 have flu-like symptoms, FOX 13 reported.

A sister ship, the Rotterdam, boarded about two-thirds of the ship’s passengers who passed a medical check and should reach Miami by the end of the week, according to Reuters.

“Florida continues to receive flights from New York and it allowed spring break gatherings to go on as planned. Why turn their backs on us?” Laura Gabaroni, who boarded the sister ship with her husband, told the Associated Press. “We hope our elected officials will do the right thing: let the Americans disembark and safely quarantine.”

The U.S. Coast Guard this week also advised that Miami-based ships registered in the Bahamas should go there for help first and said those with more than 50 abroad may have to care for patients onboard “for an indefinite period of time,” according to The Miami Herald.

Ships must also arrange for private transport for sick passengers rather than relying on the Coast Guard.

Trump’s comments contrast with earlier in the month when he said the Grand Princess, another stricken ship off the coast of California, shouldn’t be allowed to dock because he didn’t want the number of coronavirus cases in the U.S. to go up, according to Reuters.