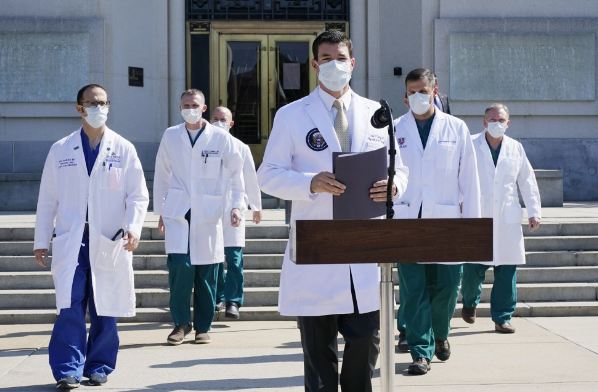 President Donald Trump was up and tweeting Monday morning as his doctors prepare to evaluate him and weigh whether he should be discharged from Walter Reed National Military Medical Center. The president’s allies, meanwhile, defended his drive-by outside the hospital late Sunday afternoon.

Trump briefly left the hospital, where he is being treated for Covid-19, to wave to supporters from a motorcade, a move medical experts and Democrats swiftly criticized as “insanity.”

The president does not travel anywhere without Secret Service protection, and this outing was no exception. At least two other people were seen in the car with Trump.

Earlier, Trump’s medical team said that he had been placed on a steroid therapy typically used in more severe Covid-19 cases and that his condition was improving after multiple “episodes” over the weekend.

Men, blacks and the poor most likely to catch coronavirus, study shows