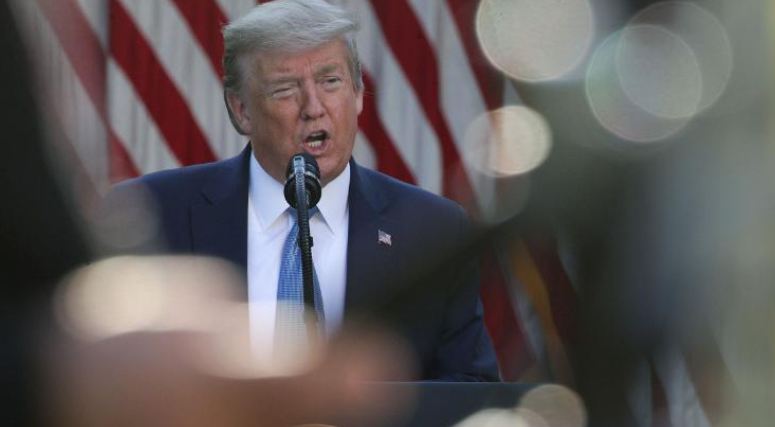 President Donald Trump’s make America open again campaign will deliver exactly what he wants Thursday — a victory lap over the coronavirus pandemic that leaves the life and death decisions to others.

Even with epicenters of the virus still suffering hundreds of deaths daily, Trump says it’s time to show that America is the “comeback kid” ready to unleash a miracle economic rebirth.
The President plans to release new guidelines that tell states they can lift stay-at-home orders and ease social distancing at the discretion of their governors even before a May 1 deadline.
This ought to be a major and unifying marker in the fight against the disease that has now killed more than 30,000 Americans and has clamped economic blight on the nation.

But with many states only just at or past their peaks in the fight against the pathogen, and others still short of theirs, Trump’s move risks coming across as a major distraction.
Multiple governors said Wednesday that their states are nowhere near opening, with some warning their coronavirus cases had yet to peak. Trump cited good news of a slowing curve in Washington, DC. But Mayor Muriel Bowser on Wednesday extended the district’s state of emergency until May 15. Los Angeles Mayor Eric Garcetti told CNN he might ban sports events until 2021. And doctors and nurses on the frontlines endured another day of agony and fear of infection.
The fact that it is constitutionally superfluous for Trump to authorize states to open up suggests his real intent is an election-year political device that positions him as leading the resurgence and those who oppose him as laggards holding America back.
“We’re going to be announcing guidelines, and we’ll be talking about various states, and it’s very exciting,” Trump said in another rambunctious Rose Garden news conference Wednesday.
“We will be the comeback kids, all of us, all of us. It’s incredible, what’s going on,” Trump said. “Tomorrow is going to be a very big day … We will have some openings that will … exceed our expectations, and they will be safe.”

The political context of Trump’s remarks is important because it backs up reporting, including by CNN, that nothing will deflect the President from his desire to open up the country on May 1 and that he is working from personal motivations rather than solid data.
Wednesday’s news conference, like at least its two predecessors, was an exercise in airing grievances and creating soundbites for conservative media.
On Monday, Trump blasted accurate news coverage of his botched initial handling of the pandemic. The next day, he blamed the World Health Organization for being slow to react and cosseting China — transgressions of which he is also guilty. And on Wednesday he launched an assault on US-funded international broadcaster Voice of America and threatened a constitutional attempt to shut down Congress if the Senate did not approve his appointees.
None of these actions will save American lives or even get the economy powering ahead again. But they do distract from rising criticism and factual evidence that he has mishandled the pandemic all along.

Japan reports nearly 100 new cases, as most of the country rebounds from state of emergency