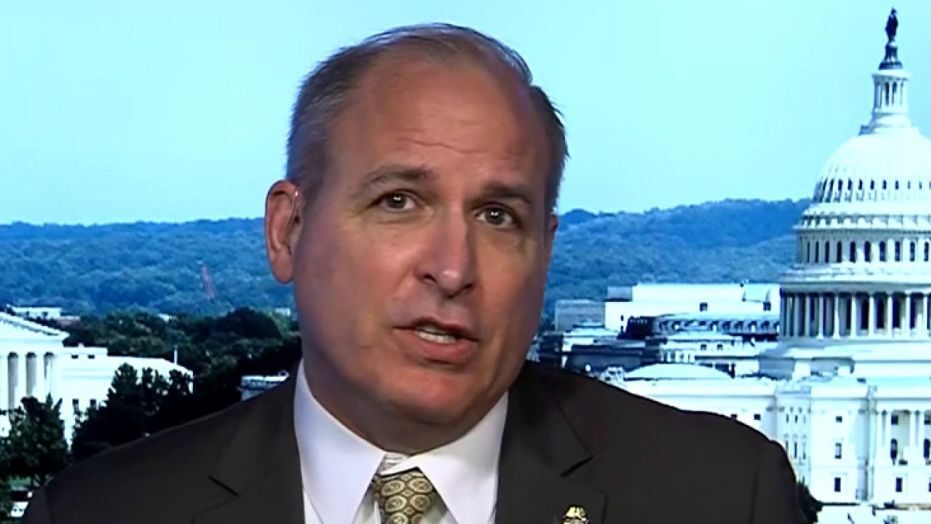 The United States would be in a much worse position to combat the coronavirus if President Trump hadn’t implemented a series of reforms surrounding immigration, Customs and Border Protection (CBP) Commissioner Mark Morgan said this week.

“Look at where we’ve come because of this president, because of this administration, because of the tools, including the wall … We’re much better positioned now today to handle another threat to our country today through infectious disease,” Morgan told Fox News during an exclusive interview on Thursday.

His comments came as the administration faces heightened scrutiny over the way it responded to the pandemic — and in particular, how it limited immigration. According to Morgan, Trump’s policies like the Migrant Protection Protocols helped dramatically reduce the number of illegal immigrants it detained and processed from the height of the migrant crisis last May.

“Last May, one month, 144,000 individuals we encountered — most of that at the southwest border. We had over 20,000 individuals in CBP custody. And because of the network initiatives and efforts, including the wall, the wall system — in 10 months, we were able to drastically reduce that. We reduced the flow by over 100,000 per month,” he said.

He added that his agency is averaging less than 100 migrants in custody today “versus 20,000 ten months ago. We’re averaging about 500 to 600 encounters per day when back in May, that was thousands per day.”

Because of the unsustainable number of detainees, Morgan said the agency was releasing tens of thousands per day. If the current conditions were the same as in May, “that would have meant we would have encountered an additional 200,000 individuals coming across the border right now — 35,000 a week.”

“We were overcrowded,” he added. “That means, we would have been back in May, remember, we were being forced to release people to the shelters, at the bus stops, at a tune of tens of thousands a week, we were doing that.”

HOW HAS CORONAVIRUS CHANGED THE US-MEXICO BORDER SITUATION?

Managing detainees and facilities during the pandemic
CBP hasn’t needed to process as many detainees, but the coronavirus posed challenges for housing those individuals as the agency’s facilities aren’t set up for isolating individuals during a pandemic.

“Most of our facilities are large, open-air facilities or smaller holding facilities where multiple people are required to be housed in that,” he said. “And so clearly, that violates any semblance of social distancing and the other exposure risks. And so, CDC [Centers for Disease Control and Prevention] decided that that creates an … exposure risk to not only the CBP employee or the work staff, but also the migrants themselves.”

He added that CBP was in the process of converting facilities so that the agency could, if needed, isolate individuals during the pandemic.

Morgan warned that without limitations on migration, local public health systems could easily be overwhelmed.

At the end of March, the CDC ordered CBP to tamp down on migration, granting them sweeping authority to reject thousands of illegal entries after undergoing an appropriate level of processing. Morgan said that his agency has “almost immediately” been returning about 85 percent of those they encounter on the southwest border.

As CBP began implementing the CDC’s order, it encountered media reports that it had shut down much of its asylum process. A CBP spokesperson told Fox News that wasn’t the case.

“CBP has noticed some reporting stating that asylum has been shut down. That is not true. Asylum is still in place and is reviewed on a case-by-case basis,” the spokesperson said. The order has, however, made it easier for the agency to reject asylum claims without investigating them to the extent that they previously did.

CBP is currently treating unaccompanied minors the same as other illegal entrants since they pose a similar risk for spreading the virus. Minors are often returned to authorities in their home countries.

Trump’s policies, Morgan said, led to such a precipitous drop in detainees that the agency ended up requesting too many additional resources to deal with the migrant crisis. Earlier in April, the Government Accountability Office (GAO) reported that CBP needlessly spent around $12 million last year to guard, house and feed as many as 2,500 people in a private detention center in Texas that never held more than 68 detainees on any given day.

Morgan told Fox News that CBP couldn’t have anticipated the effectiveness of Trump’s reforms. “Can you imagine had we not built those facilities and the numbers would have continued to remain high and we would have still been overcrowded?” he said, noting it’s a “constant balance” with building CBP’s capacity.

Existing facilities and CBP operations are well-staffed, despite the virus impacting some of the agency’s workforce. So far, the agency has had over 240 employees who tested positive with 180 that are “still navigating” the disease. “A single employee being diagnosed with COVID-19 is a bad thing but … those numbers are relatively low,” Morgan said.

In a message to migrants, Morgan warned that with COVID-19, their attempts to cross the border now risk other people’s lives — including his staff and the American public — in addition to their own.

Hudeidi: The Somali 'king of oud' who was felled by coronavirus

Students are weary of online classes. But colleges can't say if they'll open in fall 2020.