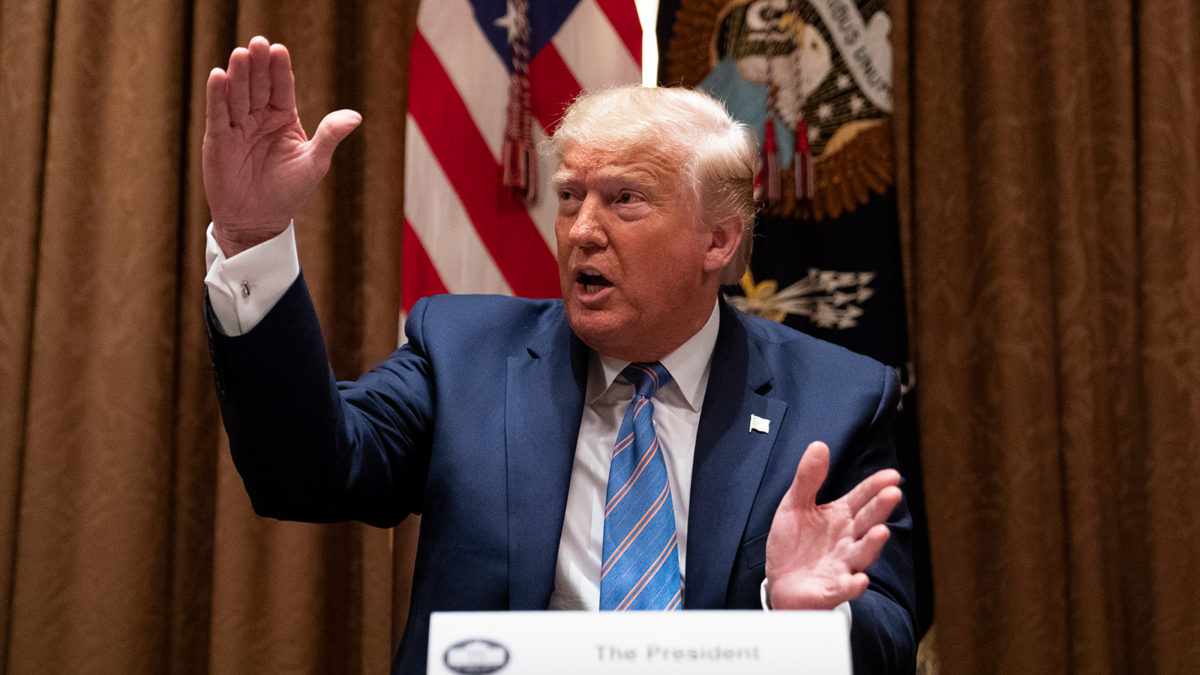 President Donald Trump speaks during a roundtable about America's seniors, in the Cabinet Room of the White House, Monday, June 15, 2020, in Washington. (AP Photo/Evan Vucci)

US President Donald Trump has no intention of accepting any new normal dictated by the coronavirus pandemic.

His big return-to-the-campaign trail rally set for Saturday night is dramatic proof of that. The event in Oklahoma, will be an extraordinary moment, even in a presidency that has often defied credulity.

In effect, it will be one of, if not the first, mass participation event indoors anywhere in the world in months. Trump’s 20,000-strong crowd will be packed together, flouting social distancing, at a moment when major North American sports leagues are weeks away from playing games — without spectators amid fears of creating “super-spreader” events.

The rally is only the most dramatic example of the President’s refusal to temper his behavior any longer to reflect a pandemic that has buckled the rhythm of normal life. In order to push economic openings, he is continuing to spread disinformation about the disease and the state of US testing.

The cumulative effect is that it makes it seem like the worst public health crisis in 100 years has all but passed. By suppressing the White House appearances of leading governmental health officials and flouting his government’s advice on wearing a mask, Trump is also downplaying the seriousness of a virus that is still killing thousands of Americans every week.

Trump on Monday suggested that the disease was already a faded threat in comments that defied science and logic.

Australia: Leaders must investigate and determine if WHO’s powers need to be stronger