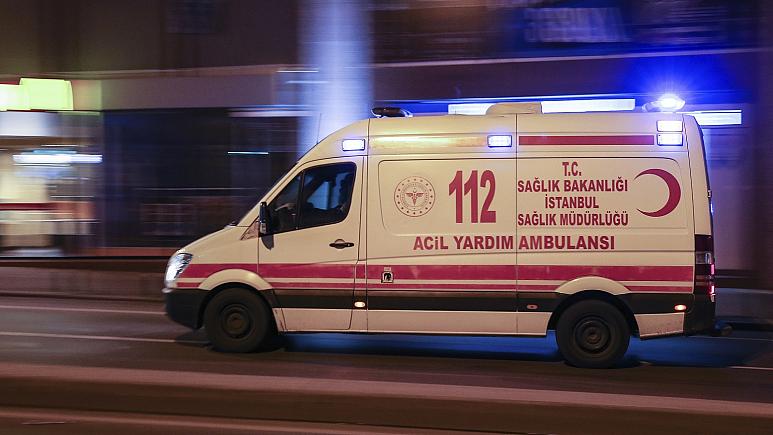 A controversy recently broke out on social media over the New York Times, CNN and the BBC featuring photos of Turkey in their coverage of the COVID-19 pandemic. The outlets published photographs of well-known Turkish landmarks in a manner that seemed to portray Turkey as a hotspot of the outbreak. The incident left people in Turkey scratching their heads because at the time, we only had one confirmed case of the virus and had begun implementing restrictions to stem its spread.

Turkey is worth talking about, however, because our response to the pandemic is relevant beyond our borders, even more so than some others. As the bridge between Europe and Asia – the home of one of the largest, most highly-trafficked airports in the world, and a state bordering one of the original hot zones, Iran – the way in which we manage the COVID-19 outbreak matters to the global response.

We cannot predict the full extent to which COVID-19 will spread within our borders. But fortunately, Turkey began addressing the risks early and while no one was truly prepared for the outbreak, the investments we’ve made in our healthcare infrastructure over the last decade and beyond have vastly improved our capacity to manage it. In 2003, our country underwent reforms aimed at making healthcare more accessible to a larger share of the population. This included building more hospitals and expanding the health workforce. Even before COVID-19 took over, plans were underway for 10 new hospitals in the densest population centres in Turkey’s large cities. As a result of these investments, Turkey’s percentage of intensive care unit (ICU) beds per person today is higher than most European countries, the United States and China. Healthcare in Turkey is also now universal, meaning all Turkish residents can receive medical services free of charge. Each of these factors is helping us during this unprecedented global crisis.

“As the bridge between Europe and Asia – the home of one of the largest, most highly-trafficked airports in the world, and a state bordering one of the original hot zones, Iran – the way in which we manage the COVID-19 outbreak matters to the global response.”
Nail Olpak
President of the Foreign Economic Relations Board of Turkey (DEIK)

There is a lot of concern across financial markets about the long-term economic threat that COVID-19 poses. Several governments – Turkey’s included – are seeking to get out in front of that damage. Soon after the virus hit Turkey, the government postponed debt payments and reduced taxes for 11 of our most important sectors. The government decided to provide all businesses in the country with a 36-month term loan, with fixed interest rate and six-month non-payment period.

From a private sector viewpoint, it is critical that businesses maintain the momentum they gained over the last few years, rather than beginning from scratch or on the back foot in several months’ time. To that end, there’s been relief that the government appears to have found an approach that allows for the needed measures to protect public health while not suspending business. The Deputy Central Bank Governor even forecast a high Q1 growth rate despite the coronavirus, following strong trends in January and February and a surprising steadiness in consumption levels seen in March, and said he anticipates that our economy will bounce back relatively quickly because of the robust growth we’ve experienced over the last two years. Businesses large, medium and small in Turkey will be eagerly awaiting that “bounce” period. For now, we all must rely on one another’s responsible actions alongside the government’s response to get us there as quickly as possible.

“When the newspapers share photos of Turkey’s COVID-19 experience, they’ll also show our health workers, or the community members who are en masse leaving food by the road for anyone in the neighborhood who might be short on the basics.”
Nail Olpak
President of the Foreign Economic Relations Board of Turkey (DEIK)

This is the most unprecedented situation humanity has faced in generations. Major global cities and entire countries have shut down and people are in grave danger. Turkey is doing its part – even shutting down Istanbul’s new airport to all commercial travel for the foreseeable future. With 90 million passengers passing through on a yearly basis, this is a major disruption in the flow of people and flights globally. But in this era, steps like that – which just weeks or months ago seemed unimaginable – are now the only logical actions.

When this is all over, we can return to travelling. We can continue business as usual and get back to our lives, changed though we all may be. Until then, perhaps when the newspapers share photos of Turkey’s COVID-19 experience, they’ll also show our health workers, or the community members who are en masse leaving food by the road for anyone in the neighborhood who might be short on the basics. Maybe they will depict our local police officers going to ATMs for elderly residents to retrieve cash for them. While no country or human on Earth is immune to the coronavirus, those who are rising to the occasion to do their part are making it possible for our world to get through this crisis. Those are the stories that need to be told.

Are you a recognised expert in your field? At Euronews, we believe all views matter. Contact us at [email protected] to send pitches or submissions and be part of the conversation.

Coronavirus may “never go away,” WHO official says