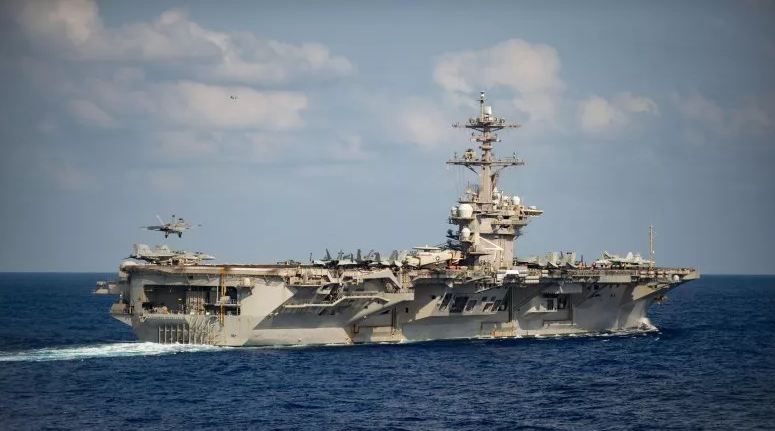 coronavirus outbreak on the U.S.S. Theodore Roosevelt is a threat to the U.S. Navy’s preparedness against China and Iran, according to a retired ship commander.

The Navy is scrambling to contain its first at-sea coronavirus outbreak after more than two dozen sailors tested positive aboard the Roosevelt following a port visit in Vietnam, the Associated Press reported.

The Roosevelt was engaged in an exercise with another U.S. warship in the Philippine Sea when the first coronavirus infection was detected onboard.

Earlier this week, Chief of Naval Operations Adm. Mike Gilday said that despite the outbreak, the Roosevelt would still be “able to respond to any crisis in the region.” But according to the AP, the carrier may be forced to stay docked in Guam for days while more than 5,000 crew members are tested.

According to the AP, the ship is one of 11 active aircraft carriers whose mission is key in deterring war with China and Iran.

“The Navy is headed into choppy waters in terms of readiness in the months ahead,” said Adm. James Stavridis, a former ship commander who became NATO’s top commander in Europe. Stavridis said the ship’s tight sleeping quarters will become “birthing compartments” for the coronavirus.

In a statement on Thursday, Gilday said the Navy was working to identify and isolate positive cases to prevent the spread of the virus on the Roosevelt.