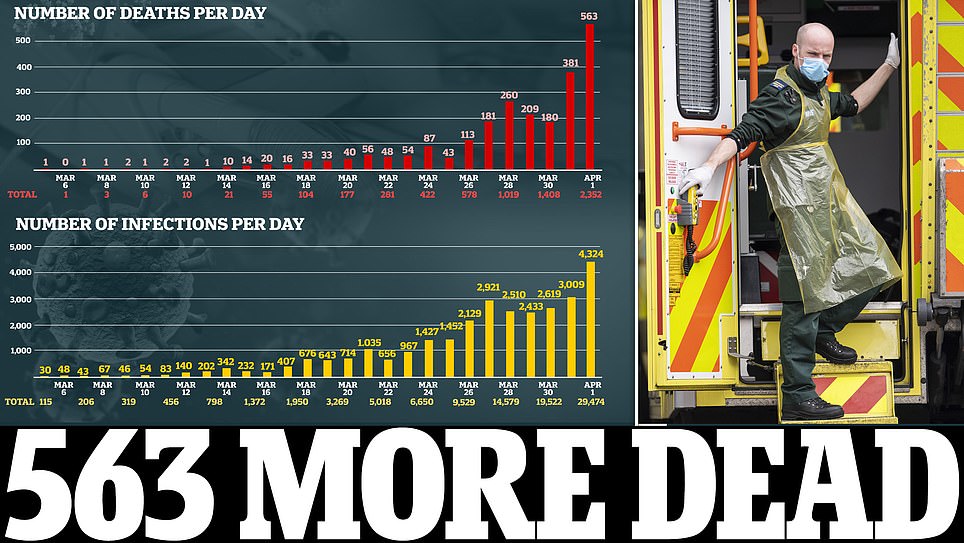 The UK recorded another 563 coronavirus deaths today, making it the worst day so far in the devastating COVID-19 crisis.

The increase takes the country’s total death toll to 2,352 – today’s surge is 48 per cent larger than yesterday’s increase of 381 fatalities and pushes the total up by 31 per cent in a day.

And 29,474 people have now tested positive for COVID-19. The UK is the fifth hardest-hit nation in Europe and eighth in the world.

Wales today recorded 29 new deaths caused by the coronavirus along with a further 16 fatalities in Scotland and two in Northern Ireland. 486 victims were declared in England and 11 remain unaccounted for.

The youngest patient announced today was a 13-year-old, believed to be Ismail Mohamed Abdulwahab from Brixton, London, whose tragic death came to light last night after he died at King’s College Hospital on Monday. The oldest patient included in today’s update was 99 years old.

Today overtakes yesterday as Britain’s darkest day so far in the escalating crisis. Tuesday saw a then-record of 381 deaths and 3,009 cases declared across the home nations.

But the true size of the outbreak remains a mystery because of the UK’s controversial policy to only test patients in hospital – and not the tens of thousands of Britons with milder symptoms who are recovering at at home.

Business Secretary Alok Sharma faced a barrage of questions on the lack of tests for NHS staff today amid claims that 85 per cent of healthcare workers self-isolating may be clear of the virus and could be working.

‘We’re now at 10,000 tests a day, we’re rolling out additional networks of labs and testing sites.’

Research by Imperial College London has suggested that as many as one in 37 Brits – around 1.8million people – may already have caught the coronavirus and be unrecorded. And separate statistics published yesterday suggested the true death toll is 24 per cent higher than believed when deaths outside of hospitals are included.

But there are reasons to be hopeful – early research suggests the UK’s lockdown is starting to work and may have cut the number of people each patient infects from 2.6 to 0.62, a number too low for the outbreak to sustain itself. 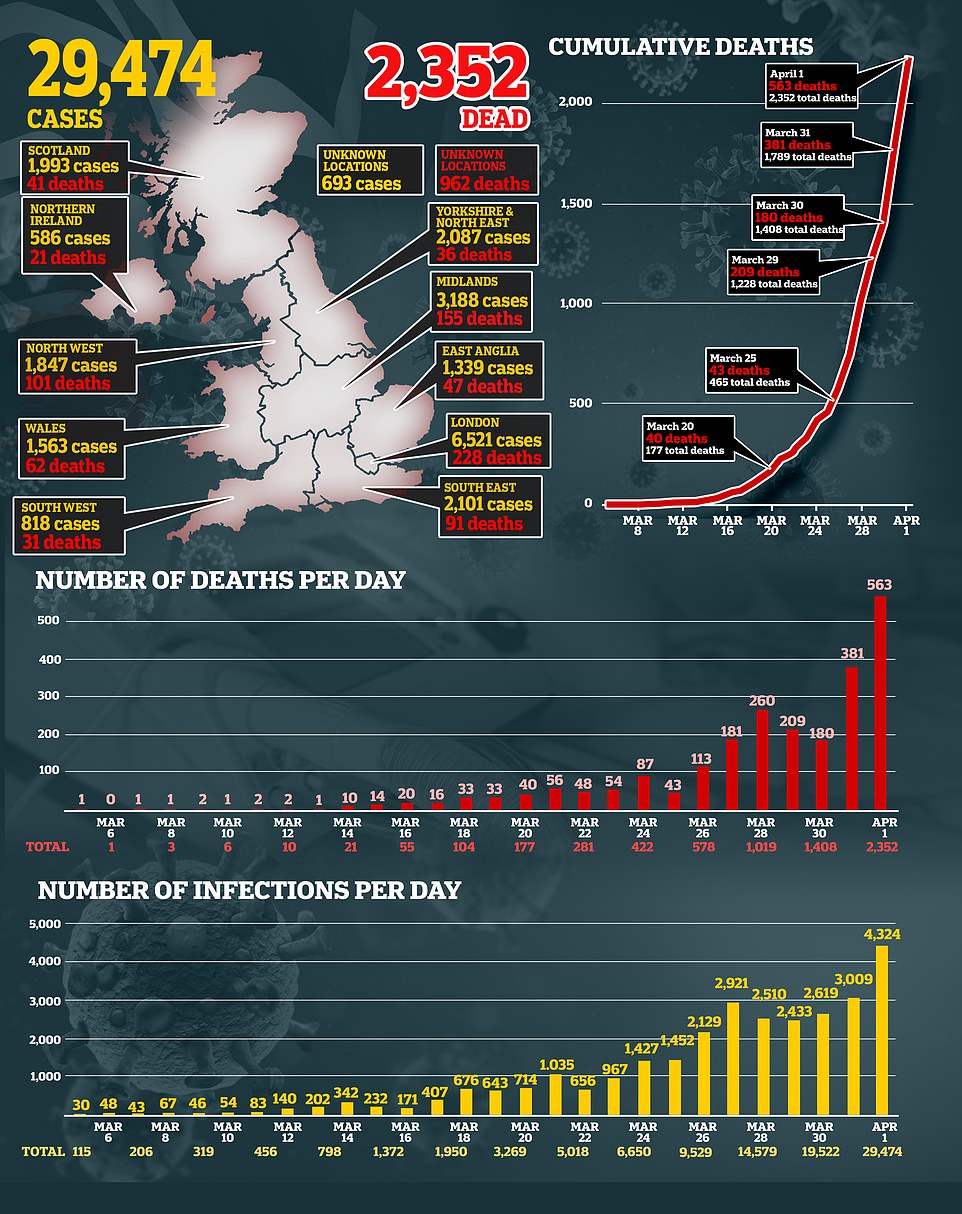 How has the EU responded to the economic crisis resulting from the coronavirus pandemic?