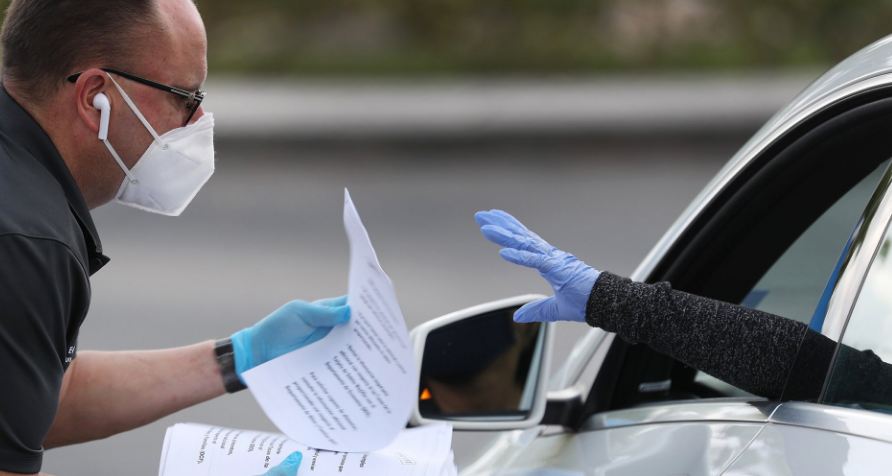 Another wave of 6.6 million American workers filed first-time unemployment claims for the week ending April 4, bringing the cumulative total to an astonishing 16 million over the past three weeks.

Thursday’s figure was at the high end of analyst estimates, which ranged from 4.5 million to 7 million.

“So far, jobless claims look to me like the only limitation on the number of applications has been the states’ ability to process those claims,” said Darrell Cronk, chief investment officer of Wells Fargo Wealth and Investment Management.

The cumulative toll of the last three weeks comes as last week’s Labor Department release showed that the economy shed 701,000 jobs in March — a figure far more negative than anticipated, although economists said it only captured a fraction of the carnage in the labor market that largely took place in the second half of the month.

Economists say the percentage of people out of work has soared since then.

How long this all could last remains an open question. In an interview with Savannah Guthrie on the “TODAY” show on Wednesday, White House coronavirus response coordinator Dr. Deborah Birx said officials were evaluating whether or not to extend its recommendation that people continue social distancing beyond the current guideline of April 30.

“I think we’ve got a ways to go, or several weeks of this, as states catch up and as those claims continue to come in,” Cronk said.

While the first wave of job losses hit hardest in consumer-facing sectors such as leisure, hospitality and retail, the continued weekly losses in the millions indicated that the pain was spreading across the economy, Zandi said.

“Now it’s broadening out — manufacturing, construction, of course the energy sector,” he said, along with pockets of healthcare, wholesale, professional and personal services.

Zandi predicted that the unemployment rate will climb as high as 15 percent by later this spring, a remarkable free fall for a job market at half-century lows.

Cronk estimated that second-quarter domestic GDP will contract 22 percent on a quarter-to-quarter basis, adding that he anticipates the beginning signs of a recovery by the third quarter. “It still looks like minus-3 percent for the whole year, but it’s going to be a wild ride,” he said.