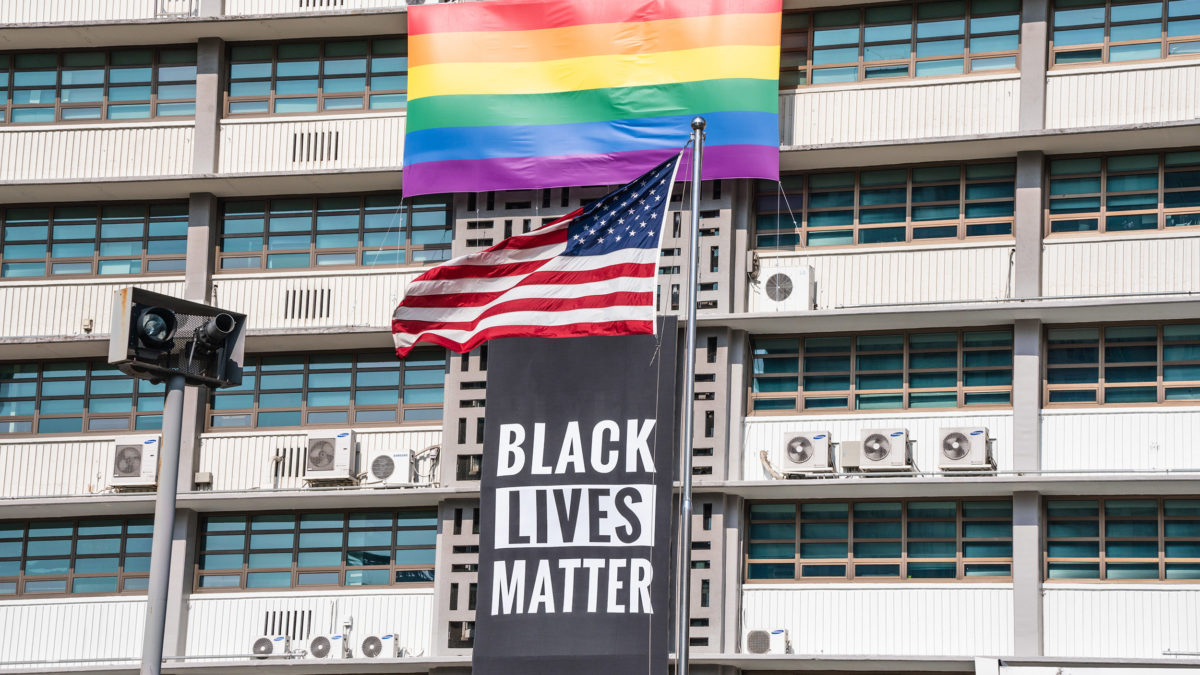 The US Embassy in Seoul, South Korea, has removed a large banner for the Black Lives Matter movement after a request from State Department leadership and taken down a rainbow flag that celebrates LGBTQ pride.

Senior State Department leadership asked the embassy in Seoul to take down the Black Lives Matter sign that Ambassador Harry Harris had hung from the building’s façade Saturday, according to a source familiar with the issue. A spokesman for the embassy confirmed to CNN that the large Pride flag has also come down.

The request from the department’s 7th floor — where Secretary of State Mike Pompeo’s offices are located — cited as its reason the fact that Black Lives Matter is a non-profit organization and that the US government does not encourage contributions to the group or promote any specific organization, the source said. It is not clear why the Pride flag — which was hung in late May, according to the embassy’s Facebook page — was removed and no explanation has been offered yet.