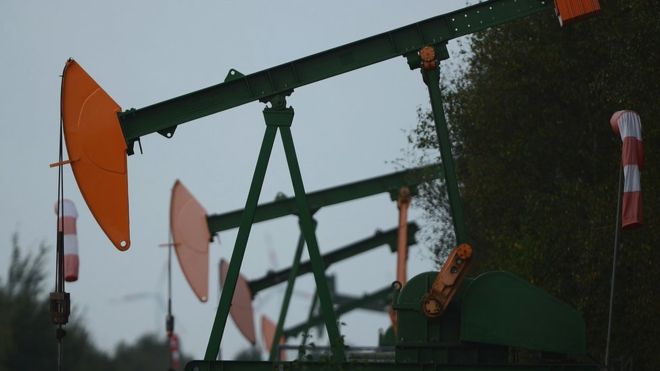 The price of US oil has fallen to a level not seen since 1999, as demand dries up and storage runs out.

The oil market has come under intense pressure during the coronavirus pandemic with a huge slump in demand.

US storage facilities are now struggling to cope with the glut of oil, weakening prices further. 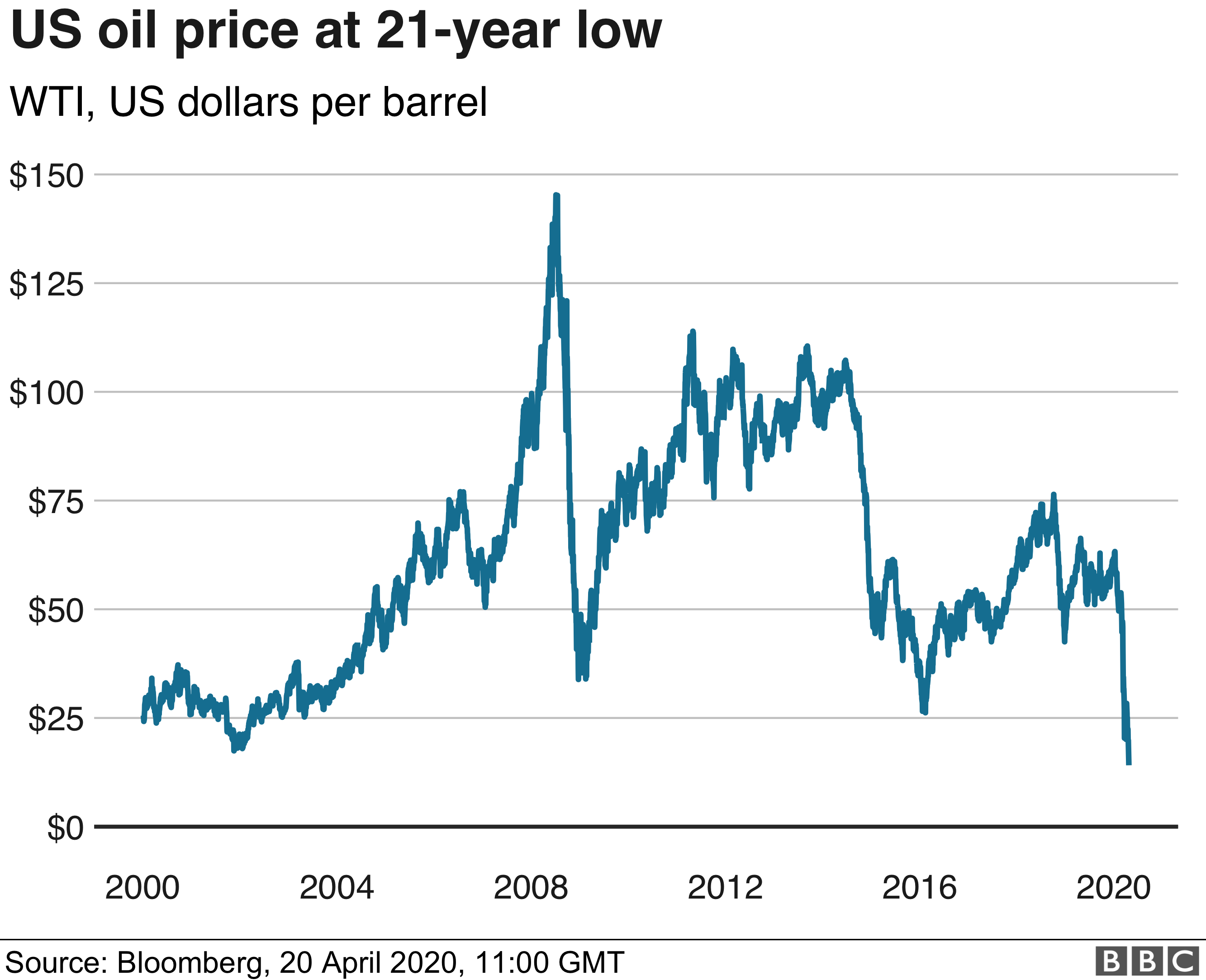 The oil industry has been struggling with both tumbling demand and in-fighting among producers about reducing output.

Earlier this month, Opec members and its allies finally agreed a record deal to slash global output by about 10%. The deal was the largest cut in oil production ever to have been agreed.

But some analysts said the cuts were not big enough to make a difference.

“It hasn’t taken long for the market to recognise that the Opec+ deal will not, in its present form, be enough to balance oil markets,” said Stephen Innes, chief global market strategist at Axicorp.

The leading exporters – Opec and allies such as Russia – have already agreed to cut production by a record amount.

In the United States and elsewhere, oil-producing businesses have made commercial decisions to cut output. But still the world has more crude oil than it can use.

Capacity is filling fast on land and at sea. As that process continues it’s likely to bear down further on prices.

It will take a recovery in demand to really turn the market round and that will depend on how the health crisis unfolds.

There will be further supply cuts as private sector producers respond to the low prices, but it’s hard to see that being on a sufficient scale to have a fundamental impact on the market.

Meanwhile, concern continues to mount that storage facilities in the US will run out of capacity, with stockpiles at Cushing, the main delivery point in the US for oil, rising almost 50% since the start of March, according to ANZ Bank. “We hold some hope for a recovery later this year,” the bank said in its research note.

Mr Innes said: “It’s a dump at all cost as no one, and I mean no one, wants delivery of oil with Cushing storage facilities filling by the minute.”

The drop was also driven by a technicality of the global oil market. Oil is traded on its future price and May futures contracts are due to expire on Tuesday. Traders will be keen to offload those holdings to avoid having to take delivery of the oil and incurring storage costs.