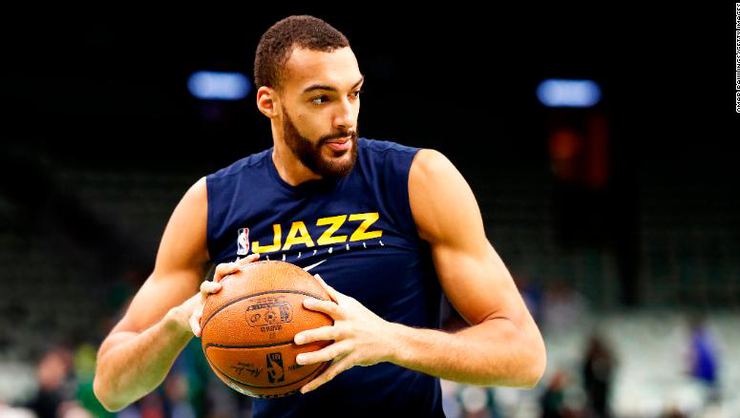 Utah Jazz star Rudy Gobert was among the first professional athletes in major American sports to contract the coronavirus and subsequently brought the NBA and every other U.S. league to a halt.

While Gobert was made to look like a fool because he didn’t initially take the virus’ spread seriously at first, he became known to some as an “accidental hero” because he helped the sports world come to grips what would become a pandemic spread across the U.S.

Gobert appeared to have contracted COVID-19 about two weeks ago and he tweeted Sunday he’s still feeling some of the effects, including losing his sense of smell.

“Just to give you guys an update, loss of smell and taste is definitely one of the symptoms, haven’t been able to smell anything for the last 4 days,” he tweeted. “Anyone experiencing the same thing?”

Gobert is not alone in his experience. About 30 percent of people who have contracted COVID-19 in China, South Korea, and Italy have also reported a loss of smell.

The experts added that many patients who have tested positive for the coronavirus are only experiencing loss of smell or taste without symptoms of a high fever or a dry cough.

“There have been a rapidly growing number of reports of a significant increase in the number of patients presenting with anosmia in the absence of other symptoms,” the professors said. “Iran has reported a sudden increase in cases of isolated anosmia, and many colleagues from the US, France, and Northern Italy have the same experience.”

A handful of NBA players have tested positive for coronavirus.