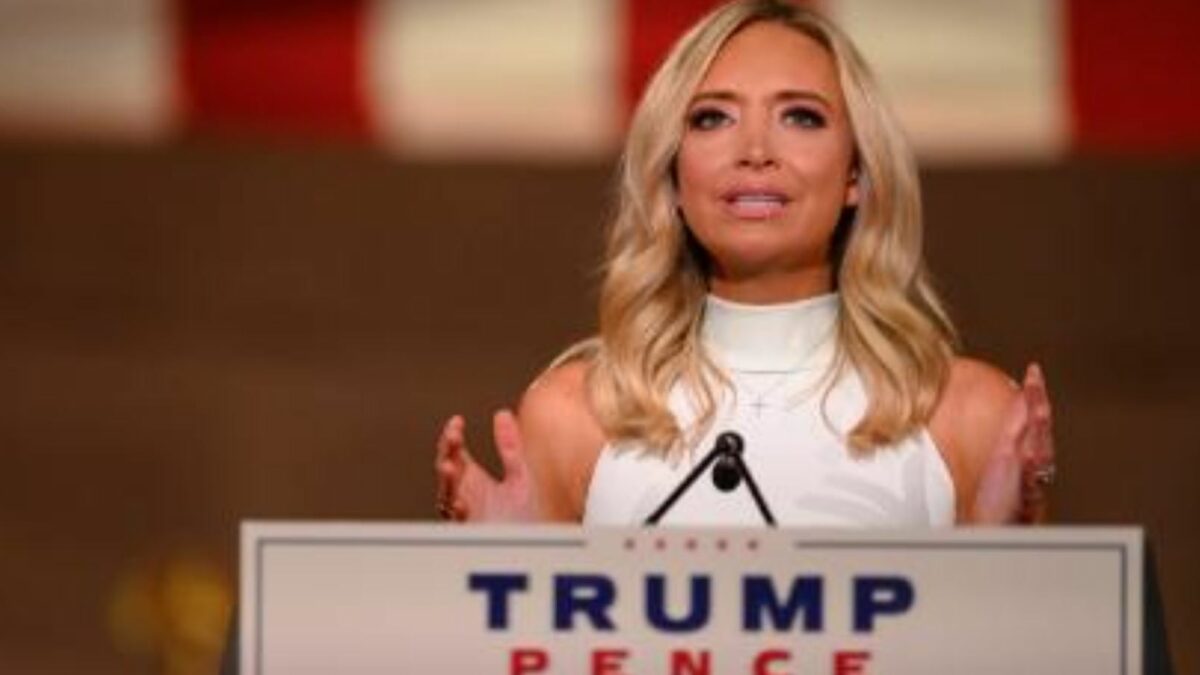 White House press secretary Kayleigh McEnany has tested positive for Covid-19, she tweeted in a statement Monday morning. McEnany emphasized that she had previously tested negatively “consistently” and is experiencing no symptoms.

McEnany is the latest White House staffer to test positive for the virus, adding to questions about how widespread the West Wing outbreak will become. McEnany’s diagnosis is a stark reminder that the administration has flouted science and best practices before and even after the President tested positive. She continued to publicly shirk mask usage in the days since President Donald Trump and other staffers and outside advisers tested positive for the virus.
She was scheduled to appear on Fox News on Monday morning but the appearance was cancelled. The press secretary later shared she was positive for the virus.
McEnany also wrote Monday that she will “begin the quarantine process,” meaning that she will isolate.
When the White House was doing contact tracing in the aftermath of top Trump adviser Hope Hicks’ diagnosis, McEnany was told that she had been a close contact of Hicks, and was pulled off the President’s fundraising trip to New Jersey. She wasn’t told until later that afternoon that Hicks tested positive, reaffiriming in her statement Monday that she “definitively had no knowledge” of that prior to the briefing. McEnany said she had tested negative “every day since Thursday.”
McEnany last briefed reporters in the briefing room on Thursday morning, hours before news of the President’s diagnosis. On Friday, she appeared on Fox News and removed her mask to speak with reporters on the White House driveway. She spoke with reporters again on Sunday night, and did not wear a mask.
McEnany told reporters Sunday that the White House would not be releasing the number of West Wing staffers who tested positive, citing privacy concerns. She also declined to provide a specific timeline of when the President was tested when pressed repeatedly.
In addition to the President and first lady Melania Trump, there are several known positive cases of coronavirus at or near the White House, including Hicks, Trump body man Nick Luna, an unnamed press staffer, former White House counselor Kellyanne Conway, Trump campaign manager Bill Stepien, Republican National Committee Chairwoman Ronna McDaniel, former New Jersey Gov. Chris Christie, and Republican Sens. Thom Tillis, Mike Lee and Ron Johnson.
McEnany, Trump’s fourth press secretary, assumed the role amid the pandemic in early April after serving as the Trump 2020 campaign’s press secretary. A Harvard Law School graduate, McEnany rose to national prominence — and also captured then-candidate Trump’s attention — during the 2016 presidential election, when she was frequently on air as a paid CNN political commentator. After the election, she joined the Republican National Committee as a spokeswoman before joining the campaign.
Since April, she has held press briefings, largely on a weekly basis, and frequently spoken on behalf of the administration on Fox News.