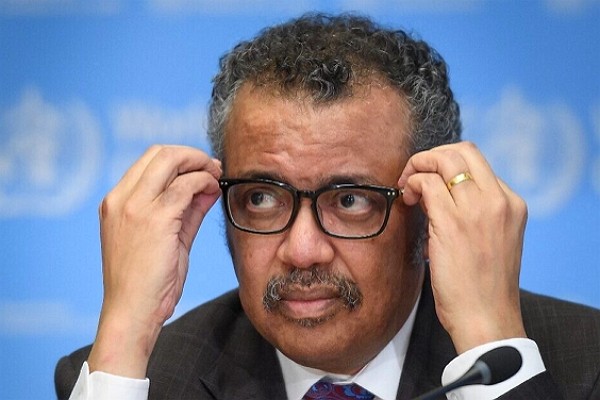 TAIPEI (Taiwan News) — As a petition calling for the resignation of World Health Organization (WHO) Director-General Tedros Adhanom Ghebreyesus surpasses 580,000 signatures, the Ethiopian health official is reported to have accused Taiwanese netizens of most of the online criticism leveled against him.

According to ETtoday, a netizen going by Osuka Yip in January started a petition on Change.org that demanded that Adhanom be replaced as the leader of the WHO. Yip said that Adhanom’s initial refusal to declare the Wuhan coronavirus (COVID-19) outbreak a global health emergency has led to millions being infected by the disease.

According to Up Media, the U.S. government has informed Taiwan’s Ministry of Foreign Affairs (MOFA) that Adhanom believes most of the online comments accusing him of incompetence are part of a politically motivated scheme carried out by Taiwanese cyber warriors. Moreover, he has reportedly said that Taiwan wishes to join the WHO only for “political purposes.”

Contrary to the director-general’s claim, many international leaders, including U.S. President Donald Trump, have publicly bashed him and his team for their delayed response to the coronavirus. During a House of Councillors meeting on Thursday (March 26), Japanese Deputy Prime Minister Taro Aso also mocked WHO’s supposed political neutrality, saying a lot of people believe its name should be changed to “CHO,” or “Chinese Health Organization,” implying the organization is strongly influenced by the Chinese Communist Party (CCP).

On Tuesday (March 24), the Taiwanese government confirmed that it had warned the WHO about the human-to-human transmission of the virus last December but was ignored. During a heated Twitter exchange with Chinese Ministry of Foreign Affairs Spokeswoman Hua Chunying (華春瑩), U.S. Department of State spokeswoman Morgan Ortagus also reaffirmed that Taiwan’s warning had been neglected by the WHO.

How hair salons are adapting to the “new normal”