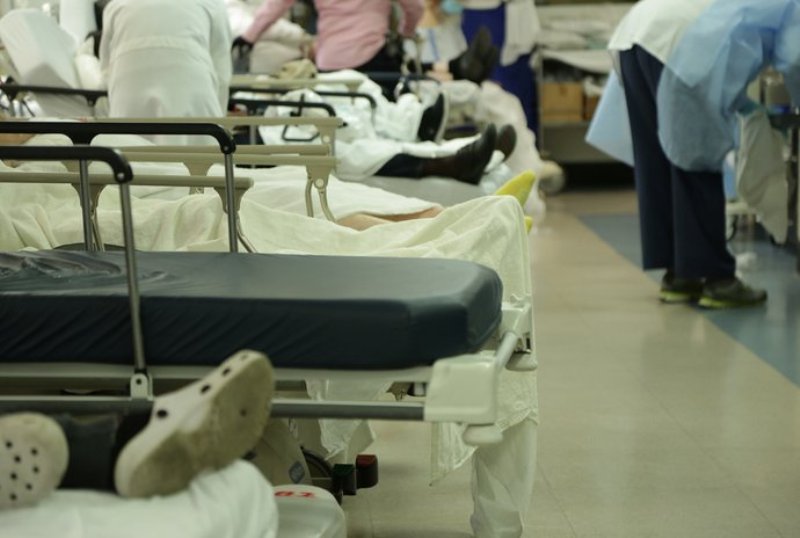 With an ever-increasing number of critically ill COVID-19 patients, Governor Andrew Cuomo and Mayor Bill de Blasio have repeatedly refused to lay out plans for decision-making if New York runs out of ventilators.

But for many hospitals and doctors, it’s not a question of “if” but “when.” They are already consulting a 2015 document created by a state task force for precisely this situation, and waiting for the state to signal that its guidelines are in effect.

As of Wednesday, more than 12,000 people statewide were in hospitals with the virus, and 3,000 of them were in intensive care units, which often means they are on ventilators. Ventilators are also used for other types of serious respiratory illness.

“There’s no protocol” for when hospitals run out of ventilators, Cuomo said at a press conference Tuesday. De Blasio was asked about it on Wednesday.

“Honestly, I think talking about these horrible choices and contingencies just distracts from the mission, which is to protect every life and save every life we can,” he said.

But for some health-care professionals, that moment is coming up fast.

A memo obtained by the Wall Street Journal to doctors at NYU Langone hospital urged them to be more critical of who gets a ventilator and to “withhold futile intubations.” The Washington Post reported doctors at other hospitals had been allowed informally override a patient’s desire for life saving intervention.

Nearly 600,000 people in Australia have lost their jobs during the pandemic