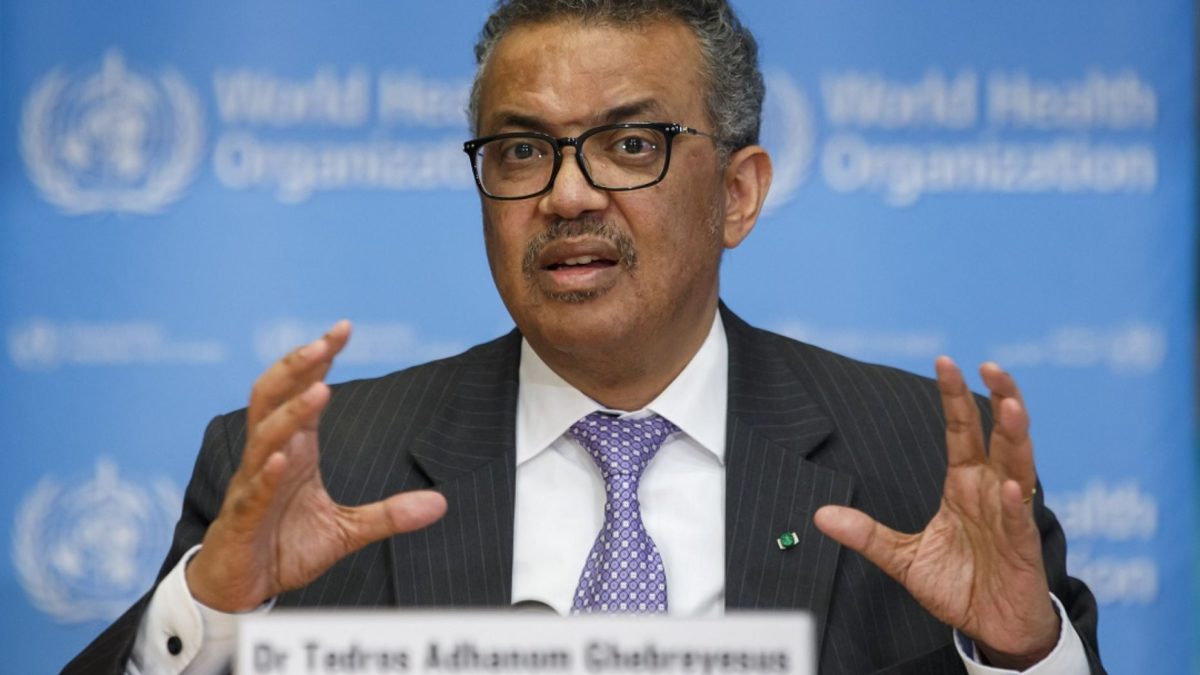 As coronavirus started seeping from its origins in a Wuhan wet market in China late last year, the information coming from the World Health Organization (WHO) was one of dismissal, in line with the Chinese Communist Party’s muzzling of the disease’s potency.

“Preliminary investigations conducted by the Chinese authorities have found no clear evidence of human-to-human transmission of the novel #coronavirus (2019-nCoV) identified in #Wuhan, #China,” WHO tweeted in January.

Thus, after being left mostly unchecked in those first critical few weeks of inception, coronavirus – officially termed COVID-19 – has since infected upwards of 600,000 people globally and claimed the lives of some 27,000.

So what went wrong?

“(WHO) has been trying to be politically correct by underestimating the extent of the threat. They lost some credibility when they stated in late January that the global risk assessment was moderate,” Dr. Attila Hertelendy, a Florida-based expert in biomedicine, told Fox News. “For an international body that people (and) governments and the business community looks to for advice, they are simply too slow, burdened by bureaucracy and political correctness. They have a great staff working for them, and many of my colleagues are advisors, they just need to listen to them and take action swiftly.”

CORONAVIRUS SICKENING YOUNG ADULTS, CHILDREN: WE ARE LEARNING ‘THAT EVERYONE IS AT RISK’

Dr. Stanley Weiss, a professor of Medicine and Epidemiology at Rutgers New Jersey Medical School, concurred that the lack of early action has been especially frustrating for the medical community.

“I was personally frustrated at WHO’s apparent great fear in moving from classifying from epidemic to pandemic, all the more so given all the evidence we had gathered from China’s experience,” he said. “Historically, a great strength of the WHO was its expertise in consensus building. Here, we needed leadership, not merely consensus building. It is hard for some organizations to act.”

For weeks, the WHO resisted the alarming declaration, before classifying a pandemic on March 11. From Weiss’s lens, it’s a question of whether science is too frequently ignored “in favor of the politics within WHO’s vast constituency.”

“The WHO waited much too long to declare a ‘Global Health Emergency,’ a designation that importantly would have alerted public health officials in countries neighboring China to start preparing. Similarly, the WHO initially refused to declare a global pandemic, bizarrely claiming that they no longer used this designation, but then ultimately did so,” noted Dr. Dena Grayson, a Florida-based expert in infectious diseases. “This also likely cause substantial delays in preparedness by other nations in advance of this deadly virus.”

Some critics have also charged that WHO has acted as an arm of the Chinese Communist Party (CCP).

Brett Schaefer, a Senior Research Fellow in International Regulatory Affairs, the Heritage Foundation, said China has “a well-established record of suppressing information that it considers harmful,” a notion not new to the WHO.

“Thus, it is hardly surprising that it failed to be transparent and truthful in reporting details on COVID-19 to WHO and the international community. In fact, this is not the first time this has happened,” he said. “In 2003, China concealed and denied an infectious disease outbreak – later called SARS – for months.

“Given this history, the willingness of the WHO to take China’s statements at face value is shocking. WHO leadership is too susceptible to political pressure in its decisions on declaring a public health emergency of international concern (PHEIC), and this needs to be addressed.” 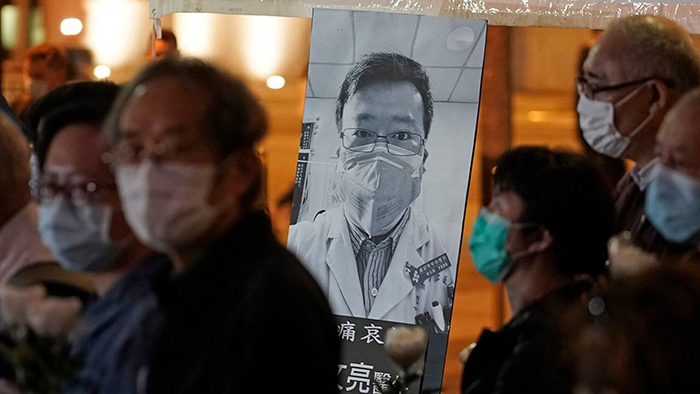 The World Health Organization (WHO) serves as a specialized agency of the United Nations, falling under the UN’s Sustainable Development Group. It was brought to life in 1948, in conjunction with the UN’s creation, and given the broad mandate as the international governing body monitoring public health risks and overseeing responses to emergencies. Headquartered out of Geneva, Switzerland, WHO has 194 member states and operates on an annual budget of about $2.1 billion.

In 2017, voluntary contributions from the U.S. totaled more than $400 million. Moreover, WHO data shows that the U.S. is its largest financier – giving more money than the United Nations itself – followed by South Korea, Australia, the Gates Foundation, and then Japan.

Critics have accused WHO of whitewashing Chinese misconduct in the onset of the disease, and have instead heaped praise on the state for its authoritarian clampdown in purporting to combat the already escaped contagion last month.

The role of its leader, Ethiopian national Tedros Adhanom Ghebreyesus – who was tapped for the top job in 2017 by member states and appointed to a five-year term – is now also coming into focus. Some are questioning whether he buttered up to governments like China in return for massive donations to the organization. Ghebreyesus routinely lauds Chinese President Xi Jinping for his handling of the pathogen, while not acknowledging early cover-ups and the fact that several doctors were muzzled for daring to speak out about a strange new virus percolating in Wuhan.

WHO CHIEF’S QUESTIONABLE PAST COMES INTO FOCUS FOLLOWING CORONAVIRUS RESPONSE

Furthermore, officials from Taiwan – a nation sharply at odds with the mainland Beijing leadership – claimed that they alerted WHO back in December about “the risk of human-to-human transmission.” However, Taipei leaders this week said that the information was not passed on to other countries and fell on deaf ears.

Taiwan is not currently allowed to be a member of the WHO, due to the controversial Peoples Republic of China’s One-China policy.

“Overall, the WHO is a useful organization, and its scientific experts are absolutely world-class,” Grayson stressed. “Unfortunately, like all too many organizations, politics sometimes get in the way of decisive action.”

Schaefer also asserted that once this pandemic dims, there will be some sort of re-evaluation.

“If the organization performs well, member governments are more confident in having it assume an increased role. If they fail, the member states look to reform them or create alternative mechanisms,” he said. “During the Ebola crisis in 2014, WHO was strongly criticized for its slow and ineffective response, and the member states pressed the leadership for reforms to address those failings. It is clear from the response to COVID-19 that more changes are necessary.” 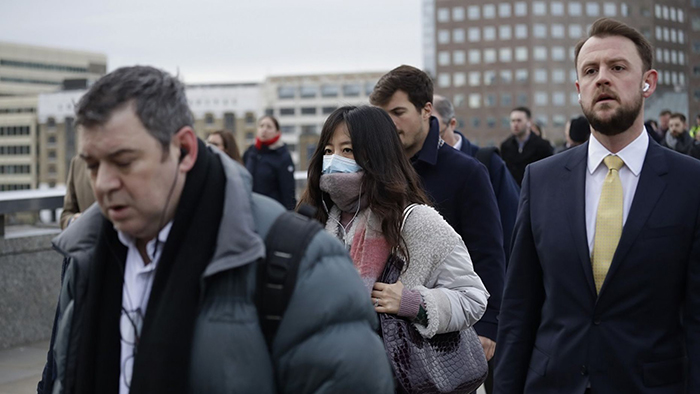 In an email response regarding WHO’s early actions and criticism, a spokesperson for the organization told Fox News that WHO started working very early with China officials and fielding media inquires pertaining to the new disease as early as December 31st.

“After a thorough verification and risk assessment process, on 5 January 2020, WHO issued a summary of the situation and known information and shared it on the EIS secure platform for all NFPs from the Member States/International organizations and through the ‘Disease Outbreak News’ webpage on WHO public website,” the representative emphasized, pointing to a timeline of steps taken. “Simultaneously and at all times, WHO monitors open-source information media for signals of diseases globally through its Epidemic Intelligence from Open Sources (EIOS) platform.”

But many experts remain skeptical.

Dr. Roger Bate, visiting scholar at the American Enterprise Institute (AEI) and specialist in public health and infectious diseases, pointed out that bloated bureaucracies need to be examined going forward to stop another such pandemic as coronavirus in its much earlier tracks.

“WHO is part of the UN. UN is overly bureaucratic, but we need it because it is the global organization where member states can come to discuss issues like this,” he explained. “WHO has become less relevant in the past few decades, COVID-19 reminds us why it is important and why when it fails, we all pay the price.”

Bate also stressed that the WHO has to be more forthright in demanding local action from wherever the epidemic begins.

“I believe following COVID-19, U.S. and E.U. will back it because of the huge cost we are now paying. Basically, WHO should get the funds it requires and can embarrass nations like China that do not act properly,” he continued. “And this will happen again unless China shuts its wet markets with live animals. Contagions from zoonotic viruses are the problem, and China is ground zero for these.”