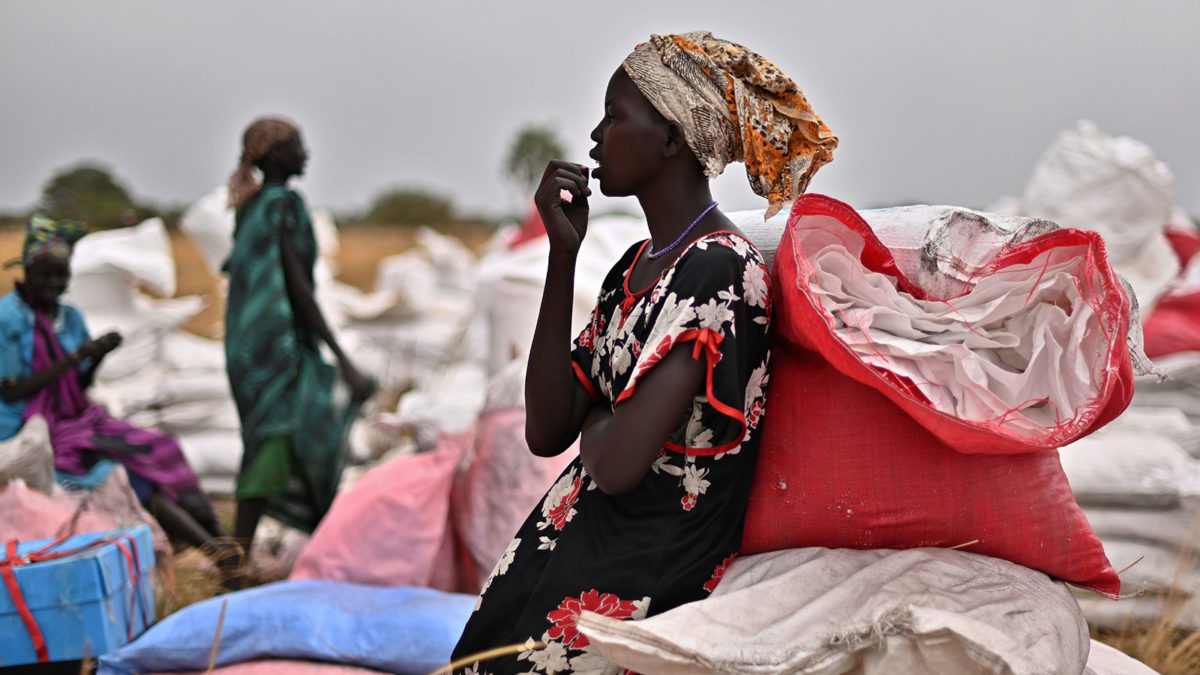 A villager who had volunteered to fetch gunny bags containing food rations from the site of an air drop takes a break at a village in Ayod county, South Sudan, where World Food Programme (WFP) have just carried out a food drop of grain and supplementary aid on February 6, 2020. - The villagers hear the distant roar of jet engines before a cargo plane makes a deafening pass over Mogok, dropping sacks of grain from its hold to the marooned dust bowl below. South Sudan is the last place on earth where food is airdropped, and in Mogok there was little other choice: without the tonnes of grains and cereals, people would have simply perished. (Photo by TONY KARUMBA / AFP) (Photo by TONY KARUMBA/AFP via Getty Images)
Coronavirus, News, World

The world is facing multiple famines of “biblical proportions” in just a matter of months, the UN has said, warning that the coronavirus pandemic will push an additional 130 million people to the brink of starvation.

Famines could take hold in “about three dozen countries” in a worst-case scenario, the executive director of the World Food Programme (WFP) said in a stark address on Tuesday. Ten of those countries already have more than 1 million people on the verge of starvation, he said.

He cited conflict, an economic recession, a decline in aid and a collapse in oil prices as factors likely to lead to vast food shortages, and urged swift action to avert disaster.

“While dealing with a Covid-19 pandemic, we are also on the brink of a hunger pandemic,” David Beasley told the UN’s security council. “There is also a real danger that more people could potentially die from the economic impact of Covid-19 than from the virus itself.”

“We are not only facing a global health pandemic but also a global humanitarian catastrophe,” Beasley said. “Millions of civilians living in conflict-scarred nations, including many women and children, face being pushed to the brink of starvation, with the specter of famine a very real and dangerous possibility.”
“There are no famines yet. But I must warn you that if we don’t prepare and act now — to secure access, avoid funding shortfalls and disruptions to trade — we could be facing multiple famines of biblical proportions within a short few months,” he said.
The WFP had already warned that 2020 would be a devastating year for numerous countries ravaged by poverty or war, with 135 million people facing crisis levels of hunger or worse. Their updated projections nearly double that number.