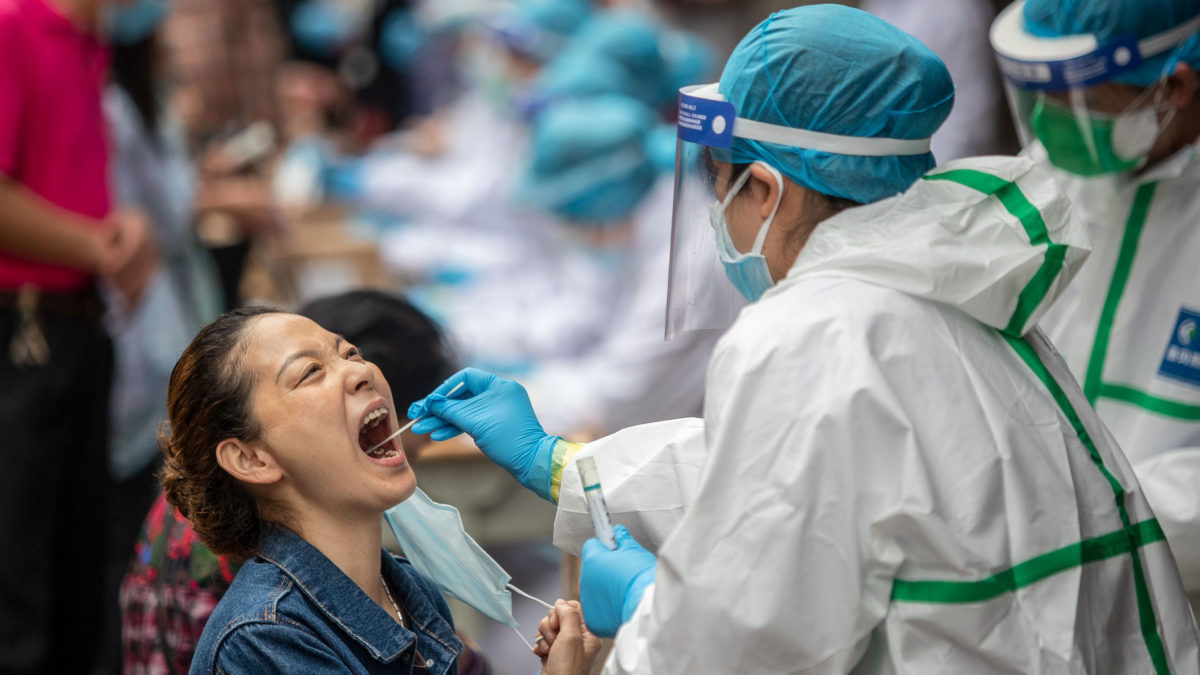 A medical worker takes a swab sample from a resident to be tested for the COVID-19 coronavirus, in a street in Wuhan in China's central Hubei province on May 15, 2020. - Authorities in the pandemic ground zero of Wuhan have ordered mass COVID-19 testing for all 11 million residents after a new cluster of cases emerged over the weekend. (Photo by STR / AFP) / China OUT (Photo by STR/AFP via Getty Images)
Asia, Coronavirus, News, World

The central Chinese city of Wuhan conducted more than 6.5 million novel coronavirus tests in 9 days, according to state media, a drastic move by authorities to prevent a second wave of infections in the original epicenter of the global pandemic.

From May 15 to May 23, swab test samples were collected from more than nine million residents, China’s state-broadcaster CCTV reported, accounting for more than 80% of the city’s total population of 11 million.