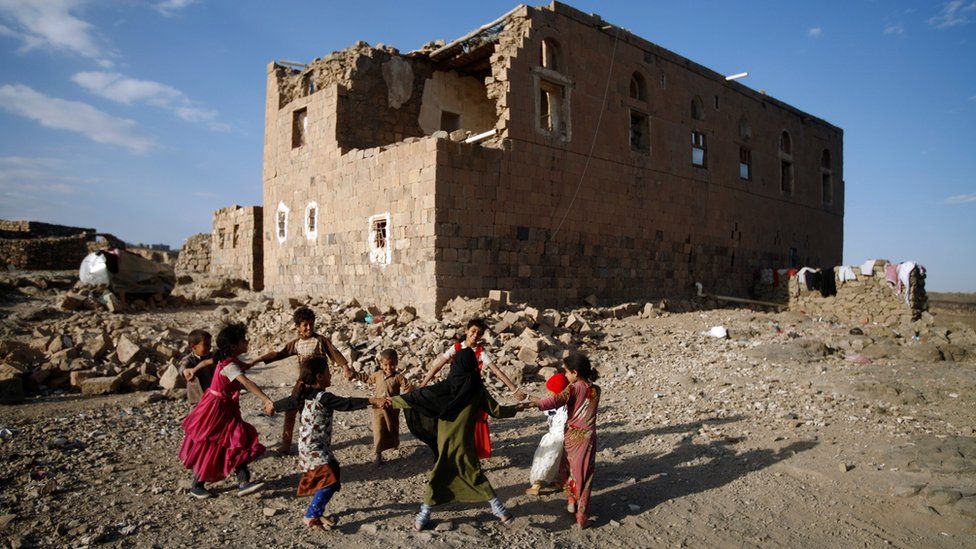 The US is to end its support for offensive operations by its allies in Yemen, which has been devastated by a six-year war in which more than 110,000 people are believed to have died.

Under Mr Biden’s two predecessors, the US backed a coalition led by Saudi Arabia against Houthi rebels in Yemen.

The conflict has left millions of Yemenis on the brink of starvation.

Fighting began in 2014 between a weak Yemeni government and the Houthi rebel movement. It escalated a year later, when Saudi Arabia and eight other Arab states – backed by the US, the UK and France – began air strikes against the Houthis.

Mr Biden announced other changes to US foreign policy, such as a significant increase in the number of refugees accepted by the US, and a reversal of the decision to withdraw American troops from Germany, where they have been stationed since the end of World War Two.

His speech marks a sharp break with the policies of former president Donald Trump, who left office last month.

What does the Yemen announcement mean?
The US has been backing the Yemeni government and its Saudi-led allies in their war against the Houthis. As a result of Thursday’s announcement, the US will stop supporting offensive operations, including the sale of precision-guided munitions to Saudi Arabia and the United Arab Emirates (UAE).

This will not affect operations against al-Qaeda in the Arabian Peninsula.

The Biden administration had already put a temporary halt on arms sales to Saudi Arabia and the UAE.

Mr Biden is expected to name his new Yemen envoy as Tim Lenderking, an experienced diplomat and Middle East specialist.

This marks a change of tack from Mr Trump’s administration, which increased support for the Saudi-led coalition. Last month Mr Trump’s Secretary of State, Mike Pompeo, announced that the Houthis were being designated a “terrorist organisation”.

He said the aim was to hold the Houthis accountable for cross-border attacks and deter “malign activity” by their backer Iran.

Aid organisations criticised the move, warning that it could prevent them from operating in areas where millions are in urgent need of food aid.

Last week, the Biden administration said it would exempt certain transactions involving the Houthis from sanctions. That exemption will expire on 26 February.

The United Nations says Yemen is the world’s worst humanitarian crisis, with 80% of the population in need of aid or protection.

Coronavirus: Should the world worry about Singapore’s virus surge?