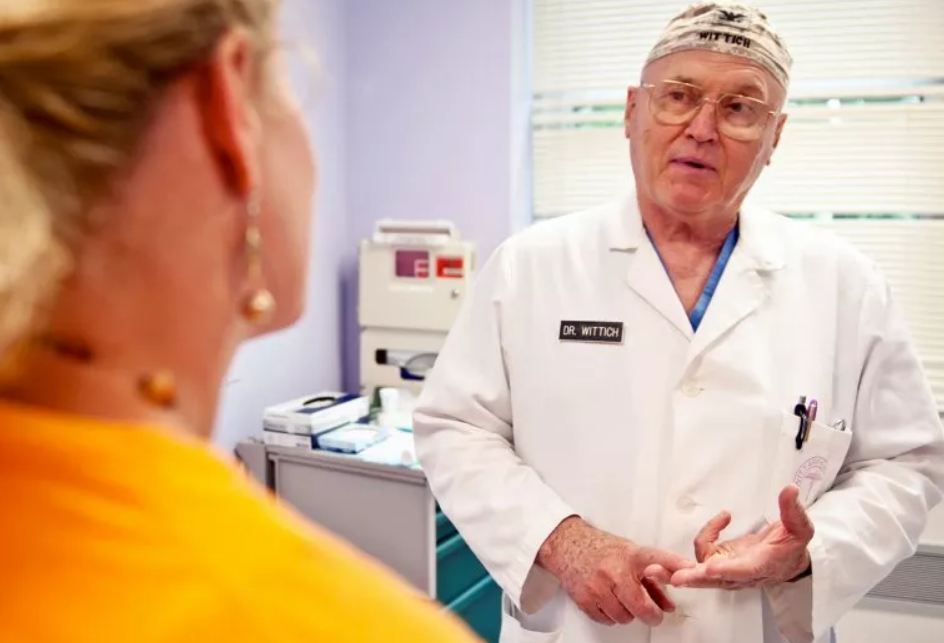 When the Army asked retirees to return to active duty to help with the coronavirus response effort, Colonel Arthur Wittich, an 81-year-old doctor, answered the call.

“I’m ready to do whatever is necessary, that’s just the way I am,” Wittich told Newsweek. “It’s not that I’m careless or foolish, but if I can do what’s necessary to help a situation, I’m ready to do it even if there’s danger involved.”

America’s dealing with the largest outbreak of the new coronavirus worldwide, and more than 466,000 people have tested positive. The massive outbreak has required a massive response, and to fill potential personnel shortages, the Army reached out to more than 800,000 retired soldiers, asking if they would be willing to return to active duty.

When the email came, Wittich typed out a quick response and hit Send: “Willing to serve if needed, licensed in two states, steady hands and ready to operate and perform patient care, fit to fight.”

Wittich spent 44 years in the Army, but his military career began in the Navy. A bit uncertain about his path in life, he enlisted after graduation on the advice of his father, a Navy officer. He loved his time as a hospital corpsman, but after six years of service, he decided to go to college, then medical school. Life brought him back to the military after graduation, but this time he chose the Army.

“I really think it was the best decision I could have done,” Wittich said. “I was never out for money or anything. I was out to be a good doctor, that’s what I wanted to do.”

He’s been deployed to Central America, Africa and the Middle East, including a 2008 deployment to Iraq when he was about 70. He’s jumped out of airplanes, served as a flight surgeon, gone into war zones and carried weapons. And he volunteered to do it all.

As an obstetrician, he’s probably been involved with 7,000 or 8,000 deliveries, and it wasn’t until he reached 77 that Wittich decided to retire from the Army after 44 years of service.

“That’s unheard-of,” Wittich responded when asked if people often have 50-year military careers. A person can serve in the Army for a maximum of 30 years, but at times the military will make an exception, as it did for Wittich.

Leaving the Army wasn’t the end of his medical career, though. In the four years since, he’s gone on medical missions to Peru, Honduras and the Philippines twice. Not everyone is interested in doing “bush medicine,” where you have to get by with the bare necessities and forgo fully modernized equipment. But for this 81-year-old, it’s what he lives for.

“I think it’s a willingness to help humanity. It’s amazing what you see when you get away from our borders,” Wittich said, talking about what draws him to medical challenges. “You see stuff you’ll never see in our country and see stuff that most doctors never see anymore. I think maybe that’s one reason I liked the military so much. You never know what you’re getting into.”

Trump Says Some Governors Have 'Gone Too Far' With Coronavirus Restrictions