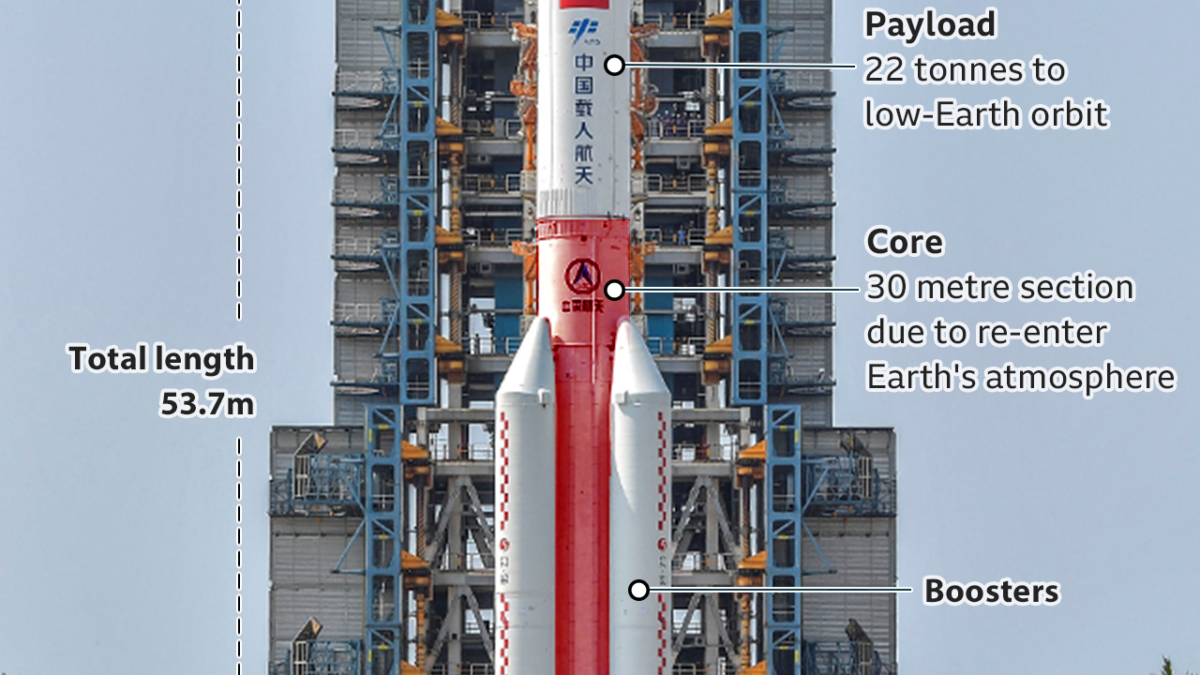 Debris from a Chinese rocket that had been hurtling back towards Earth has disintegrated over the Indian Ocean, China says.
The bulk of the rocket was destroyed during the re-entry, but parts landed at a location 72.47° East and 2.65° North, Chinese state-run media reported.
The point lies west of the Maldives.
US and European tracking sites had been monitoring the uncontrolled fall of the Long March-5b vehicle.
Chinese state media said parts of the rocket re-entered the atmosphere at 10:24 Beijing time (02:24 GMT) on Sunday.
US Space Command said in a statement that it could “confirm the Chinese Long March-5b re-entered over the Arabian Peninsula”. It was “unknown if the debris impacted land or water,” the agency said.
Ahead of the rocket’s re-entry there were fears that debris could come down in an inhabited area. US Defence Secretary Lloyd Austin said China had been negligent in letting the rocket fall out of orbit.
However, space experts had predicted that the chances of anyone actually being hit by a piece of space junk were very small, not least because so much of the Earth’s surface is covered by ocean, and huge land areas are uninhabited.

The main segment from the Long March-5b vehicle was used to launch the first module of China’s new space station last month.
At 18 tonnes it is one of the largest items in decades to have an undirected dive into the atmosphere.
The US said last week it was watching the path of the object – but had no plans to shoot it down. 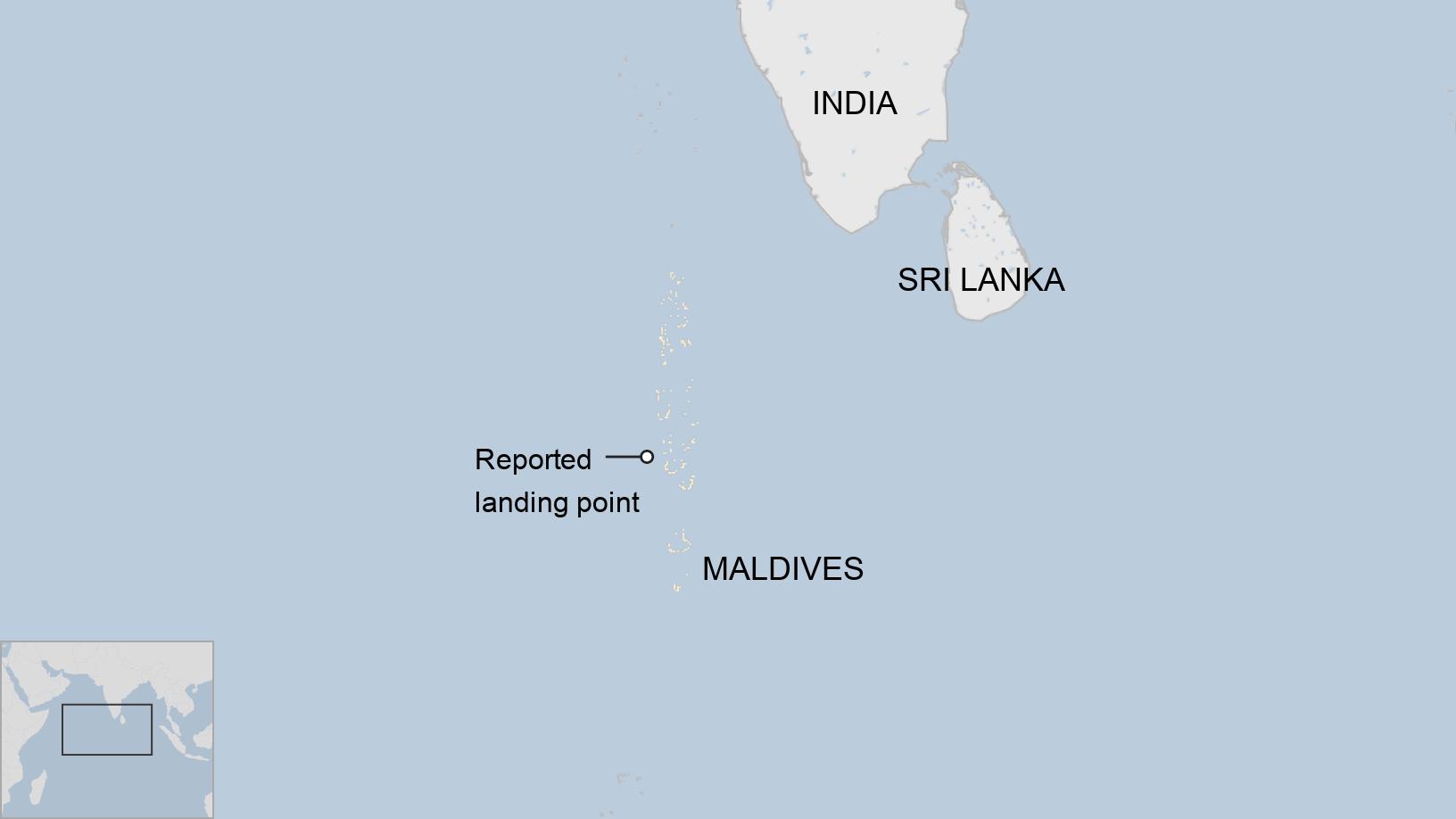 Various space debris modelling experts had pointed to late Saturday or early Sunday (GMT) as the likely moment of re-entry.
The experts predicted that most of the vehicle would burn up during its final plunge through the atmosphere, although there was always the possibility that metals with high melting points, and other resistant materials, could survive to the Earth’s surface.
When a similar core stage returned to Earth a year ago, piping assumed to be from the rocket was identified on the groun d in Ivory Coast, Africa.
China has bridled at the suggestion that it has been negligent in allowing the uncontrolled return of so large an object.
Commentary in the country’s media had described Western reports about the potential hazards involved as “hype” and predicted the debris would fall somewhere in international waters.