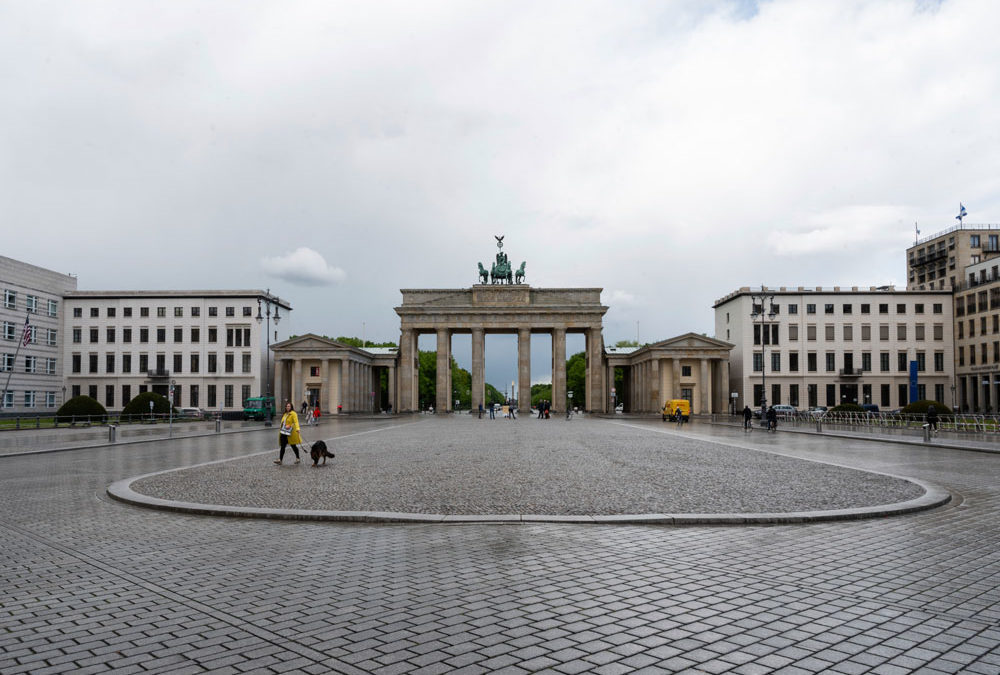 There are only a few people on Pariser Platz in front of the Brandenburg Gate in Berlin, Germany, Tuesday, May 5, 2020. Due to the measures to contain the corona virus, significantly fewer people are on the move in Berlin's city centre. (Christophe Gateau/dpa via AP)

If you’re just joining our live coverage of the global coronavirus pandemic, here are some key headlines today:

Trump to disband task force: The White House coronavirus task force will start to wind down later this month, close to Memorial Day on May 25, according to a senior White House official. This comes just after new models show the US could see its death toll double, to reach 134,000 by August 4.

UK resignation: Neil Ferguson, the leading epidemiologist who advised the UK government on the coronavirus response, resigned on Tuesday after the Telegraph newspaper reported he broke lockdown rules.

New findings: A genetic analysis found that the virus’ jump from animals to humans was “very recent,” and ruled out the possibility that it had been infecting people long before it was identified.

And here are the latest updates today:

Germany lockdown: Chancellor Angela Merkel will discuss loosening lockdown measures with the 16 state prime ministers today. Under Germany’s federal system, state leaders have a lot of autonomy, but Merkel’s spokesman has said he does not want a patchwork system of regulations.

Back to school: Nearly 58,000 students returned to school today in Wuhan, China, the original epicenter of the outbreak. Wuhan began lifting restrictions in early April, after more than two months of total lockdown.

Not just in Wuhan: Hong Kong will also start sending students back to school this month. Some countries and regions in Europe are also beginning to resume daily life and lift restrictions as the coronavirus threat begins to subside.

US infection forecast: Covid-19 will likely infect 60% to 70% of the US population before it slows down, according to a top infectious disease epidemiologist. Michael Osterholm estimates that between 5% and 15% have been infected so far.

Deaths spike in Pakistan: The country has reported 40 new fatalities, its largest single-day jump in deaths of the epidemic.

In Japan: New guidelines for social distancing are provoking public backlash. The suggestions include mandatory face masks and outdoor dining at restaurants.

And some good news: Japanese artist Takashi Murakami and the streetwear brand Supreme teamed up to raise over a million dollars, with 100% of proceeds going to support those facing homelessness during the pandemic.

Coronavirus could infect up to 70% of the US population before it slows down, infectious disease expert says