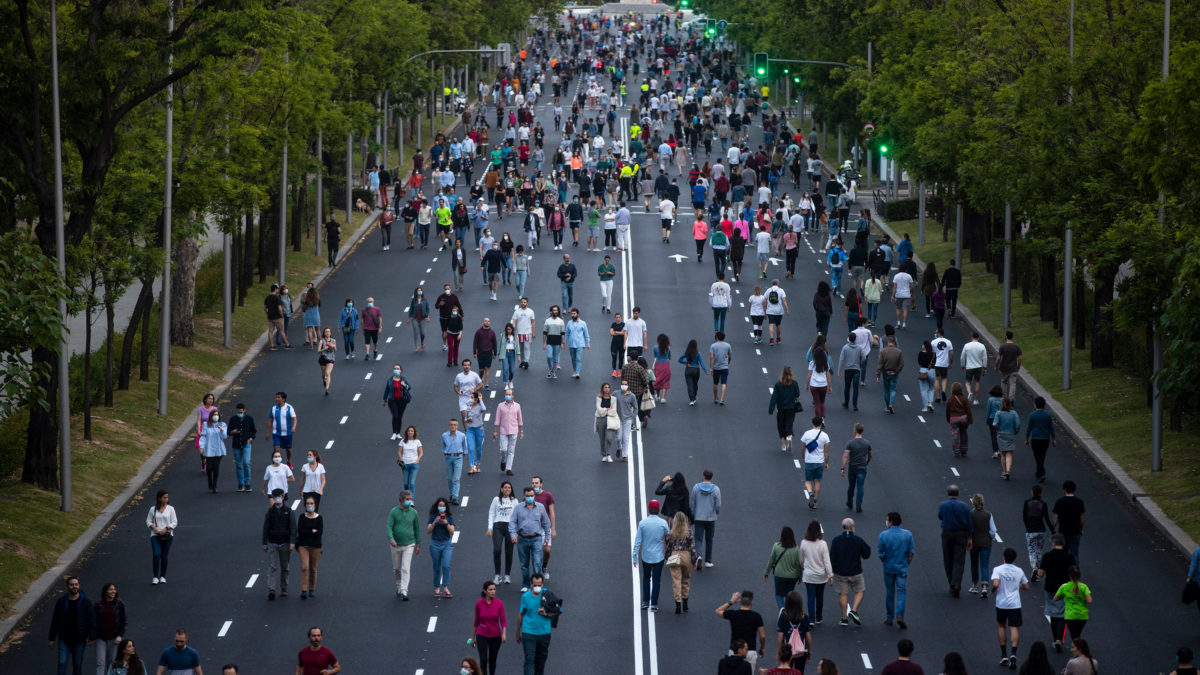 People exercise along Paseo de la Castellana after the lockdown measures imposed by the government due to coronavirus in Madrid, Spain, Saturday, May 9, 2020. Spain's Prime Minister has cautioned the nation that the loosening of its nearly two-month lockdown to stem the spread of the coronavirus will be for naught if people do not obey social distancing rules and hygiene recommendations. (AP Photo/Manu Fernandez)

As just over half of Spain’s population prepares to move ahead with the next step in de-escalation on Monday, the latest figures on coronavirus cases indicate why the two largest cities, Madrid and Barcelona, will continue to enforce stricter movement and mobility measures for now, a top health official said Sunday.

The Health Ministry reported at least 621 new Covid-19 cases across Spain since Saturday, and 64% of them are in the Madrid region, in Catalonia – where Barcelona is located, and in two other regions adjacent to Madrid.

“The regions with the greatest population, where the epidemic has occurred, have had a little different diffusion” from the rest of Spain, said Dr. Fernando Simón, Spain’s director of Health Emergencies. “They are Madrid, Catalonia and we also have some more cases in Castilla La Mancha and Castilla Leon.”

Of the 143 new deaths reported since Saturday, 72% of them were in the same four regions that Simón mentioned at the government’s daily technical briefing and press conference.

By the numbers: Overall, there are now at least 224,390 cases confirmed by PCR (polymerase chain reaction) testing, and approximately 26,621 deaths from coronavirus, the Health Ministry reported.

According to Simón, the latest increase in confirmed cases is 0.28%, while the increase in deaths is 0.5%, the lowest since early March, a continued weeks long decline for both categories.

He said that in the two Castilla regions, their close contact to Madrid and frequent movement of people between the regions and the capital city have led to more cases in those two regions.

The entire country remains under strict home confinement rules under a state of emergency that’s just been extended through May 23, for a total of 10 weeks.

Emergency funding for states might not happen right away, chief economic advisor says