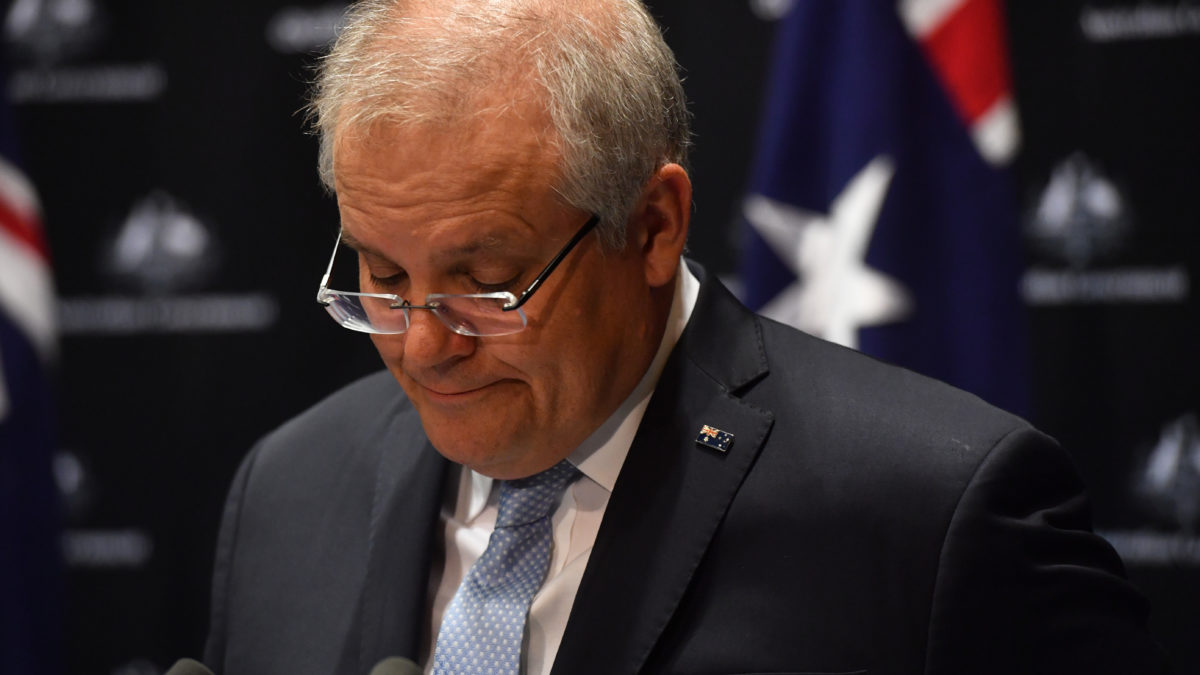 CANBERRA, AUSTRALIA - JUNE 12: Prime Minister Scott Morrison during a press conference in the Main Committee Room at Parliament House on June 12, 2020 in Canberra, Australia. The government last month promised to repay $720m to 373,000 past and present welfare recipients over 470,000 unlawful demands for money calculated using faulty “income averaged” annual pay data as part of Centrelink’s income compliance program. New polling has showed significant support for a royal commission into the debacle, and revelations that internal estimates have shown the total value of those 470,000 unlawful debts will be close to $1.5bn AUD. (Photo by Sam Mooy/Getty Images)

Prime Minister Scott Morrison has apologized for saying earlier this week that there was “no slavery” in Australia, after his comments provoked outrage and accusations that he was ignoring the country’s history of forced labor.

Speaking at a news conference in Canberra Friday, Morrison said he was referring specifically to the fact that the first Australian colony of New South Wales was set up without the widespread use of slave labor.

“My comments were not intended to give offense, and if they did, I deeply regret that and apologize for that,” he said, adding that he was a passionate advocate for the rights of Indigenous Australians.

Morrison originally made the remarks during a radio interview on Thursday, in which he was discussing the Black Lives Matter protests in the United States and around the world, and calls to remove statues of British explorer James Cook, whose arrival in Australia paved the way for the first European colony.

“My forefathers and foremothers were on the First and Second Fleets (of convict settlers). It was a pretty brutal place, but there was no slavery in Australia,” Morrison said in the interview Thursday.