Biden suggests Democratic Convention will be delayed amid coronavirus pandemic 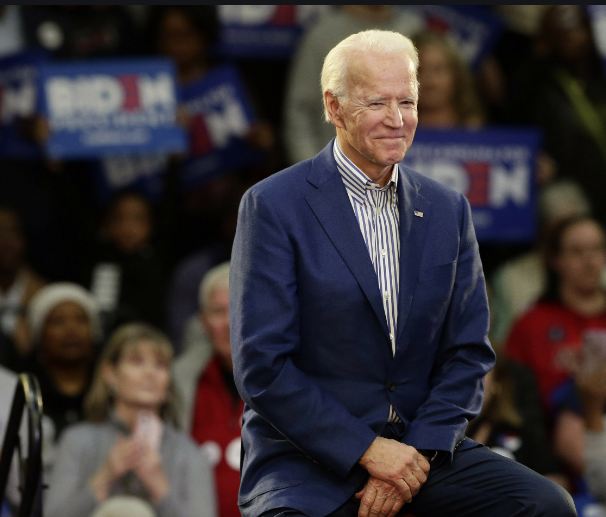 For the second time in two days, former Vice President Joe Biden has suggested that the Democratic National Convention, currently scheduled for mid-July in Milwaukee, Wisconsin, will need to be postponed due to the coronavirus pandemic — seemingly putting the party’s leading presidential candidate at odds with Democratic organizers of the event who are currently moving ahead as planned.

“I doubt whether the Democratic Convention is going to be able to be held in mid-July, early July. I think it’s going to have to move into August,” Biden told Jimmy Fallon in an interview for his late night show Wednesday evening.

Biden’s comments came largely unprompted by the late night host, who asked generally about the impact the coronavirus pandemic would have on the 2020 election, and followed similar comments the former vice president made in an interview Tuesday on MSNBC on evening that it would be “hard to envision” the convention moving ahead as scheduled.

The comments in recent days calling for a delay could indicate Biden’s preference for a traditional, in-person gathering for the event — rather than risk having to use a virtual medium that campaign’s have been forced to turn to as social distancing grips the country.

“We were able to do in the middle of a Civil War all the way through to World War II, have Democratic and Republican conventions and primaries and elections and still have public safety. And were able to do both,” Biden, who currently holds a roughly 300 delegate lead in the Democratic primary, said Tuesday.

MORE: Coronavirus live updates: Dr. Fauci forced to ramp up personal security due to threats
Despite Biden’s comments, the organizing committee for the party’s marquee event, which brings together top Democrats from across the country and is meant to be a unifying moment ahead of what is expected to be a bruising general election fight, have said they are moving forward with the event for now.

“These challenging times require us to be deeply thoughtful about the important and unprecedented moment in which we’re living. Providing an opportunity for our candidate to reaffirm our democratic values, unify the party and share his vision for a safer and stronger future for our country has never before felt more important,” said Democratic National Convention Committee CEO Joe Solmonese in a statement.

“As we continue to put plans in place for a successful Democratic National Convention this summer, we will balance protecting the health and well-being of convention attendees and our host city with our responsibility to deliver this historic and critical occasion,” Solmonese adds.

However, last month a spokesperson for the convention committee said they are “exploring a range of contingency options” as part of their ongoing preparations for the culminating event of the primary.

ABC News has reached out to the organizers behind the Democratic National Convention about any additional alternate planning they are considering amid the ongoing pandemic.

MORE: Despite diminishing chances, Sen. Bernie Sanders defends his decision to stay in the race
Senator Bernie Sanders, I-Vt., Biden’s lone rival for the nomination, said in early March he did not want to speculate on the possibility of moving the convention due to fears over the coronavirus.

“Well, let’s not speculate that right now I don’t know the answer to that, but that’s something we’ll have to look at. Hopefully, God willing, we don’t reach that stage,” Sanders said in an interview with MSNBC’s Rachel Maddow last month.

Biden has suggested delaying the convention to August would now be possible as the 2020 Summer Olympics have been postponed to the following year. However, the decision to delay the convention would present several challenges for the party, who would face a massive logistical undertaking to shift the plans already in place,

The delay would also shift the transition to the General Election, which could have an impact on spending. Biden cannot tap into the funds he has raised for the general election until he is officially the Democratic Party’s nominee, a crowning that won’t happen until the convention takes place.

MORE: The Note: Andrew Cuomo and fellow governors loom over presidential race
Organizers of the Republican National Committee, which is slated to be held in Charlotte, North Carolina from August 24th to 27th, have said they have not had any “substantive conversations about alternate scenarios” for the event.

“We are fully committed to holding the Republican convention in Charlotte as planned and re-nominating President Trump. We have not had any substantive conversations about alternative scenarios,” Richard Walters, the Republican National Committee chief of staff, said.

A spokesperson for the GOP convention noted that they are working to ensure the health and safety of their attendees.

“We recognize and will take additional steps to ensure the safety and health of all attendees in light of the spread of COVID-19, and we will continue to communicate with federal, state and local health experts in our planning,” Blair Ellis, a convention spokesperson, said.

Houston hasn't reported a surge of coronavirus cases. But its hospitals tell a different story.

Europe is distancing itself from the US