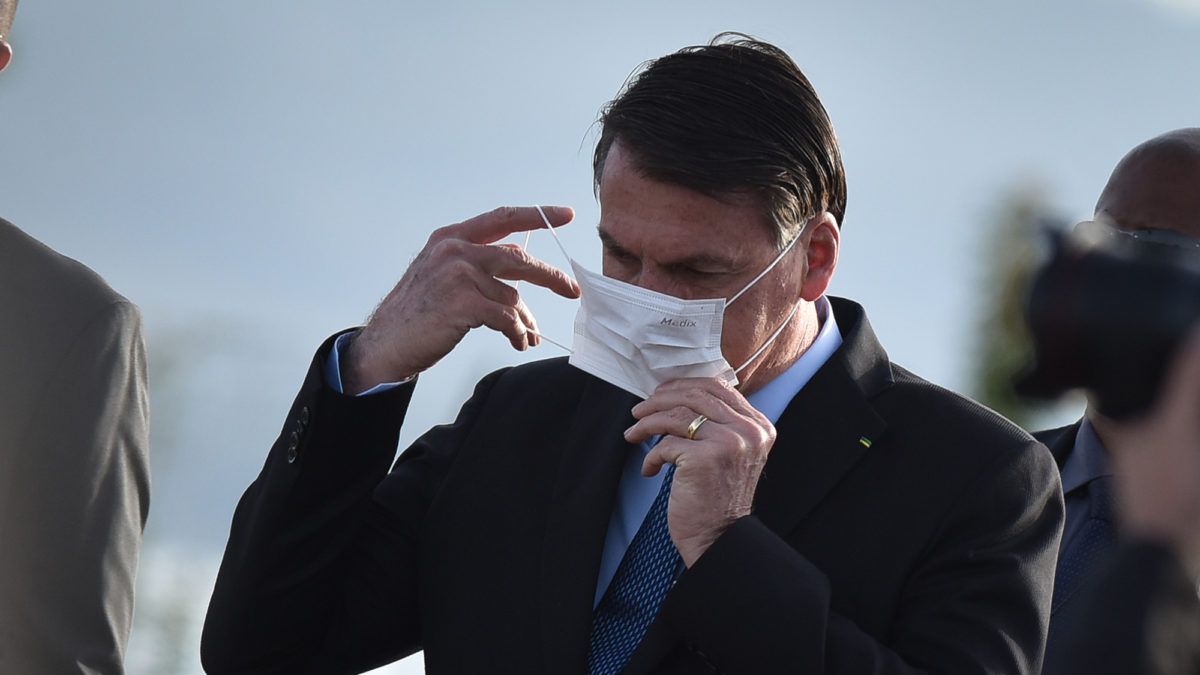 Brazil's president Jair Bolsonaro wears a face mask when arrives for the National Flag Raising ceremony in front of Alvorada Palace amid the Coronavirus (COVID-19) pandemic, in Brasilia, Brazil, on Tuesday, June 9, 2020. (Photo by Andre Borges/NurPhoto via Getty Images)

Brazilian President Jair Bolsonaro has denied accusations that he tried to downplay the current coronavirus situation in Brazil by not reporting cumulative data.

The government had stopped reporting cumulative coronavirus deaths and cases, with Bolsonaro arguing they didn’t reflect the current state of the pandemic in Brazil.

The Supreme Court, however, later ruled the ministry must provide comprehensive data.

In a Facebook Live post on his official account on Thursday, Bolsonaro argued the numbers were released, even if they were late. He attributed the change to interim health minister Eduardo Pazuello, who he says was changing the way the numbers were presented to be more accurate.

“They said we wanted to hide everything, they started to compare us with Venezuela, with North Korea, with other communist countries. Nobody wants to hide numbers,” Bolsonaro said.

Allegation of politics in the pandemic: Bolsonaro also argued the brief change in data was aimed to fight supposed political use of the pandemic by local politicians.

“There are a lot of complaints from the population that we are investigating. A person with a health problem dies and in the death certificate it appears as if it was caused by Covid-19, but the family didn’t know that he was infected in the first place,” Bolsonaro said.

“We receive dozens of cases per day like this. I don’t know what is happening, who profits with that situation? It can only be to gain political power and blame the federal government.”

‘We’re Doing Something That Is Pretty Unique’: Don Cheadle on ‘Black Monday,’ ‘House Of Lies’