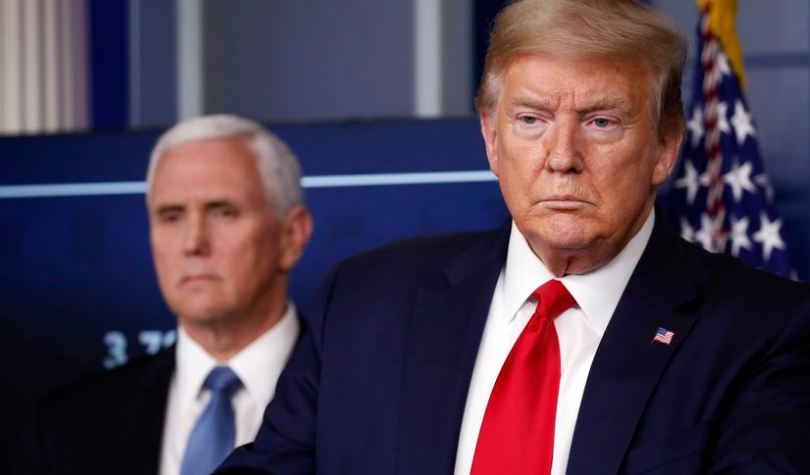 President Trump said Sunday that he is “not happy” with China over the communist nation’s early fumbles in disclosing the novel coronavirus, as the U.S. government and intelligence agencies investigate the origins of the virus and whether Beijing initially concealed information about the outbreak.

Mr. Trump said he wants to get into China to investigate what led to the outbreak from Wuhan. Vice President Mike Pence told the Sunday talk shows that Beijing wasn’t as forthcoming as it should have been and that U.S. officials will make “inquiries at the proper time.”

“The virus came along, and I’m not happy. And I let them know,” Mr. Trump said at his daily briefing, adding that the pandemic ruined the good faith he had built with China in a trade deal. “We’re not happy. This is not a good thing that happened.”

The administration is looking into two main areas: whether China downplayed the potential threat of the virus, putting the U.S. and other nations at a disadvantage, and whether the pathogen spread to humans from animals at a “wet market” in Wuhan or whether it escaped — perhaps unwittingly — from a government laboratory nearby.

“If it was a mistake, a mistake is a mistake. But if they were knowingly responsible, yeah, then there should be consequences,” Mr. Trump said earlier in the weekend. “I haven’t ruled out anything. I want to look at the facts as they come in.”

Mr. Trump is pointing fingers at China while facing criticism at home for early stumbles in testing and isolating the virus as the outbreak raced across the globe in late January and February. The virus has reached every state in the U.S., sickening over 740,000.

States have been forced to shut down once-thriving economies. Mr. Trump,who faces reelection in November, is weighing whether the communist government in Beijing should pay a price.

Mr. Trump revisited the concept repeatedly over the weekend. He said the spread “could have been stopped in China before it started, and it wasn’t, and the whole world is suffering.”

He has also cast doubt on the death toll reported by China, where the virus was first discovered late last year. He said China’s reported toll of roughly 4,600 is a major undercount and suggested that deaths in China probably exceed the U.S. total, which neared 40,000 on Sunday.