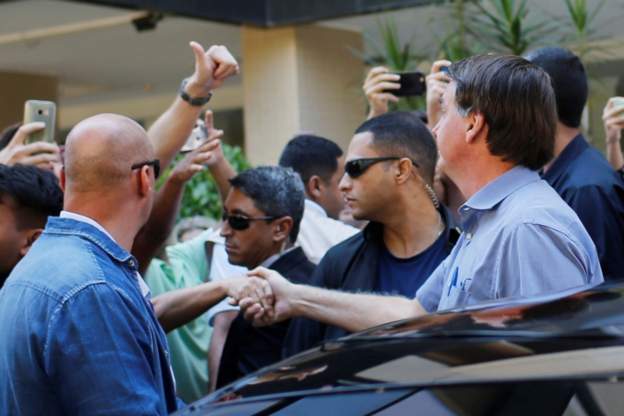 Brazil has become the first country in the southern hemisphere to surpass 1,000 coronavirus deaths. The health ministry has confirmed 19,638 cases and 1,056 deaths.

Officials warn the numbers are likely to be much higher as only patients at hospitals are being tested, and experts predict the outbreak will only start to peak in the country later this month.

Most states have imposed quarantine measures but President Jair Bolsonaro continues to challenge the restrictions, saying they are unnecessarily harming the economy. He has threatened to issue a federal decree to force businesses to re-open.

In his latest act of disregard for his own government’s recommendations of social distancing, the far-right leader hit the streets of the capital Brasília on Friday, a public holiday in Brazil, drawing crowds and greeting followers.

At one of the stops, Bolsonaro took pictures with supporters. But some residents banged pots and pans in anger while others shouted: “Go home!”

He was particularly criticised for wiping his nose with his lower right arm at one point, then shaking hands with an elderly woman.

Lifting lockdowns safely relies on effective testing. Germany surges ahead, but US states are flying blind