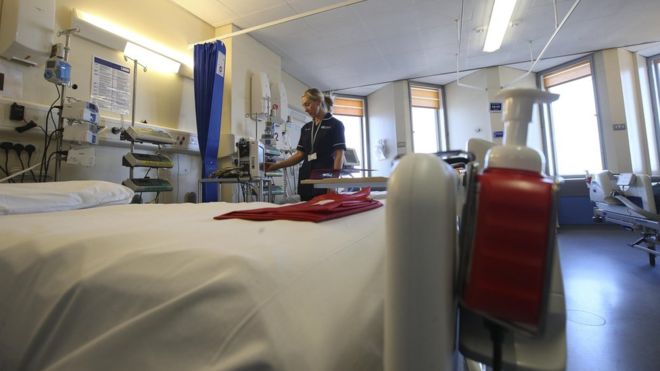 Northern Ireland could see 1,500 deaths in the first 20 weeks of the Covid-19 pandemic, the health minister has said.

Earlier this month, experts warned there could be 3,000 deaths in NI in the initial wave of the outbreak.

Robin Swann said the revised modelling was a “clear indication” that lockdown restrictions were working.

He reported another 13 more coronavirus-related deaths, bringing the total number recorded by the Public Health Agency in NI to 207.

In the UK, a further 449 deaths in hospitals have been recorded since Sunday, bringing the total number of deaths across the UK to 16,509.

In the Republic of Ireland the number of deaths announced was the highest so far at 77, bringing the total to 687.

Fifty-six care homes in Northern Ireland have now been affected by Covid-19.

A daily dashboard, launched by the Department of Health on Sunday indicated there were cases of coronavirus in 53 care homes in Northern Ireland. When it was updated on Monday, that figure rose to 56.

‘It will end – but not yet’
Last month, the Department of Health said that in the case of an 80% infection rate, the NI death toll could be in the region of 14,000 – but the figure had later been revised down to 3,000.

At Monday’s executive’s daily press conference, the minister said this latest “significant” revision down to 1,500 deaths – which includes hospital deaths and deaths in the community – was not a prediction or a forecast, but pointed to the impact of social distancing actions being taken by the public.

“It is because of the actions of the people of Northern Ireland taking responsibility, and doing their part in how we combat Covid-19,” said Mr Swann.

He urged people in Northern Ireland to show “patience and caution”.

“I know people are looking for signs of hope that this will end soon, that it is all worthwhile. 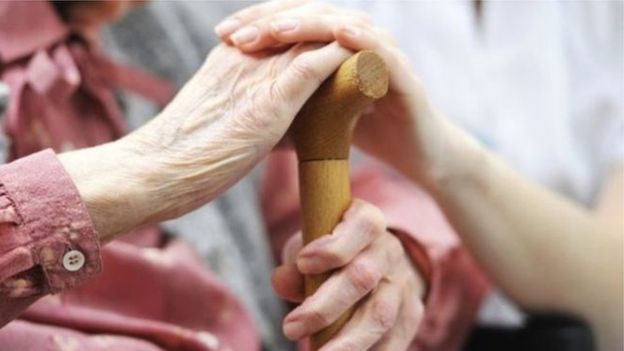 The Chief Medical Officer, Dr Michael McBride, said it was premature to suggest Northern Ireland was “through the worst of this”.

“Any relaxation of measures, or an inability of the public to stick with those and we will rapidly see a re-emergence of this virus and we will then see the health service come under pressure,” said Dr McBride.

Mr Swann also said there were 40 Covid patients in ICU on Monday, and that on Sunday there were a further 88 Covid-related admissions to hospital.

He said older people had to be especially careful “because every one of them is a valued and cherished member of this society”.

But he added we were not past the peak of the deaths. 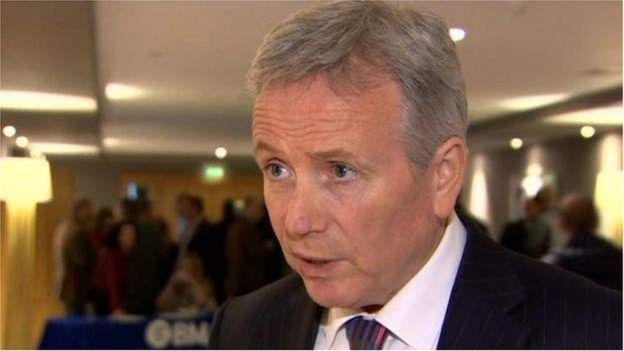 Dr Craig featured in a recent video from the Belfast Health Trust, in which she and her colleagues pleaded with the public to stay at home to prevent the spread of Covid-19.

She said she is “hopeful” that the first peak of hospital admissions has passed in Northern Ireland, after witnessing the numbers of patients who need beds falling over the past week.

However, Dr Craig warned that “further peaks” are expected when social distancing measures are relaxed and she said medics have to be prepared for further waves of infection.

‘Sufficient ICU beds’
On Monday, there were 40 patients who had tested positive for, or were suspected of having, Covid-19 in intensive care units (ICU) across Northern Ireland, with 34 ICU beds available.

There were also 39 non-Covid patients being treated in ICU beds across Northern Ireland.

In a statement to BBC News NI on Sunday, a spokesperson for the Department of Health said that under its Covid-19 surge plan, there are additional ICU beds available should they be required.

“At this point in time the number of available ICU beds is sufficient to cope with the demand,” the spokesperson added.

A government pay scheme to keep staff on the payroll despite not working due to coronavirus has gone live, with 67,000 claims being made in the first 30 minutes
Sinn Féin has indicated that businesses in Northern Ireland will get more help with their rates
Translink has installed cough screens at several of its train stations
Aerospace company Bombardier has said it is planning to start bringing staff back progressively from 27 April
The UK is gearing up to use the blood of coronavirus survivors to treat hospital patients ill with the disease