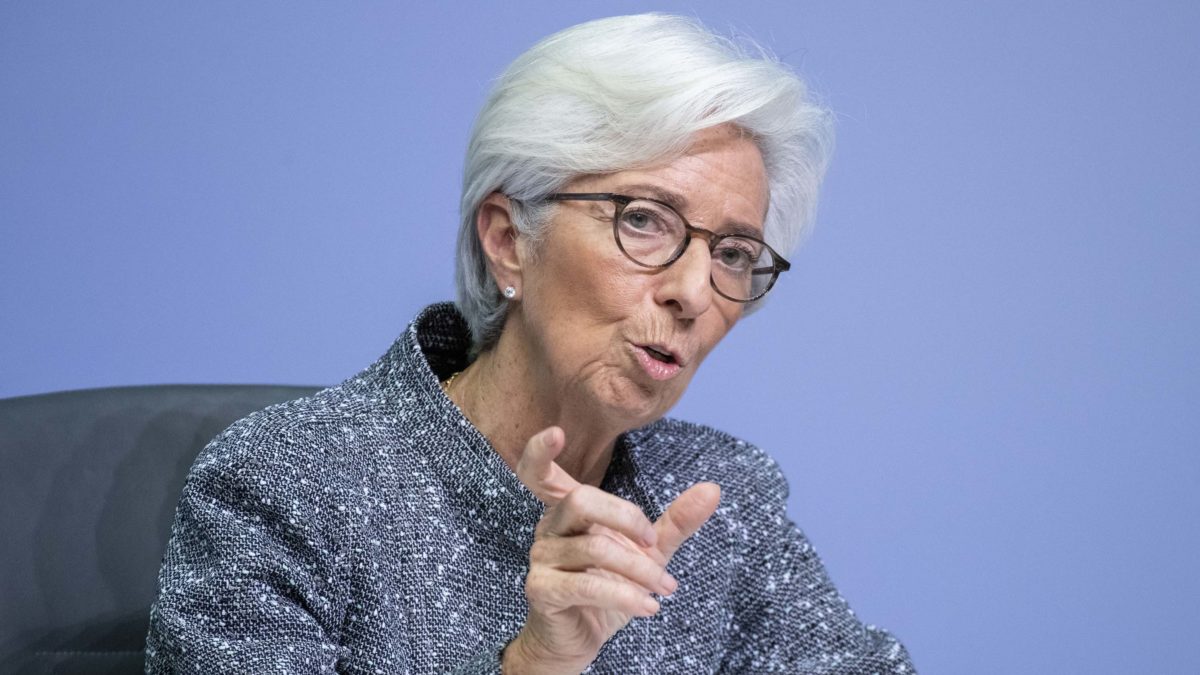 FRANKFURT AM MAIN, GERMANY - MARCH 12: Christine Lagarde, President of the European Central Bank, speaks to the media following a meeting of the ECB governing board at ECB headquarters on March 12, 2020 in Frankfurt, Germany. The ECB is pursuing measures to counter the economic impact of the rapidly spreading coronavirus. The number of confirmed cases across Europe has reached 25,000. (Photo by Thomas Lohnes/Getty Images)

The eurozone economy will shrink by 8% to 12% in 2020 because of the coronavirus, European Central Bank (ECB) President Christine Lagarde has said.

She said the bank’s “mild” scenario, which estimated negative growth of 5%, was “already outdated.”

Lagarde added that she was not too concerned about rising debt levels, saying there would not be a new euro crisis. She highlighted the importance of liquidity and said what the debt is spent on is what will be important.

“The ECB’s mission is to first of all be the custodian of this phenomenal asset that we have in common, the euro, our currency,” Lagarde said at a European Parliament youth event.
“The mission of our founding members was price stability, that’s our primary mission.”