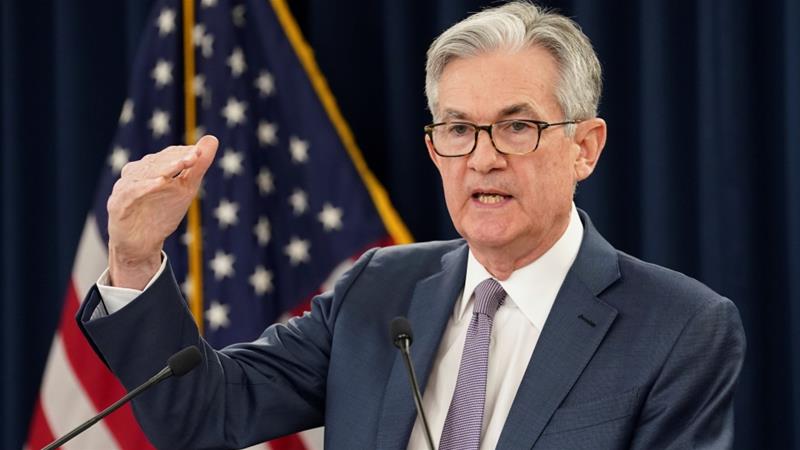 WASHINGTON — The Federal Reserve is taking additional steps to provide up to $2.3 trillion in loans to support the economy. The money will target American households and businesses, as well as local governments besieged by the coronavirus outbreak.

The Fed said Thursday that it is activating a Main Street Business Lending Program authorized by the CARES Act, the largest economic relief package ever passed by Congress.

Federal Reserve Chairman Jerome Powell said the Fed’s role was to “provide as much relief and stability as we can during this period of constrained economic activity.”

In a Brookings Institution webcast, Powell said that the Fed fully intended to use its powers “forcefully, proactively and aggressively until we are confident that we are solidly on the road to recovery.”

He said there was “every reason to believe that the economic rebound, when it comes, can be robust” because the economy was doing well before the virus hit.

Responding to questions after his speech, Powell was not specific on when he believes that the recovery might begin, suggested it could begin in the second half of this year.

“When the virus runs its course, we would expect there to be a fairly quick rebound as people go back to work,” Powell said. But he added that such an outcome depends on people “staying home and staying healthy” now.

Powell said he was not worried at present that all the money being supplied to the economy from the $2.2 trillion CARES Act and the Fed’s loan programs would fuel inflation.

He said that had been a concern among some about runaway inflation when the Fed was conducting billions of dollars of bond purchases to support to the economy after the 2008 financial crisis. But instead of higher inflation, the economy has gone through more than a decade of very low inflation, below the Fed’s 2% target.

Among the actions taken Thursday, the Fed activated a loan program for municipal governments, as well as additional support for the Paycheck Protection Program, which the Small Business Administration rolled out last week. The program provides loans to businesses with fewer than 500 employees.

The government’s pay protection plan for small businesses is off to a rocky start. Businesses have had difficulty getting banks to provide the loans. The banks have said that the government has not made clear how they should process such loans, even what forms businesses are required to use.

The Fed also announced Thursday that it will purchase up to $500 billion of municipal bonds to help state and local governments borrow to cover a range of costs including road repairs and hospital expansions.

Yet the market for new municipal bonds dried up in late March, as investors dumped state and local bonds as well as other securities in a rush to hoard cash. That sent interest rates on muni bonds soaring, nearly closing down the market. The Fed’s actions are intended to rejuvenate the $3.8 trillion market for municipal bonds and lower the rates state and local governments pay. That should help government agencies avoid more layoffs.

The Fed announced the new infusion of cash on the same day the U.S. reported applications for unemployment benefits reached a staggering 6.6 million last week. That means more than one in 10 workers have lost their jobs in just the past three weeks to the coronavirus outbreak.

How Many in Tri-State Tested Positive for Coronavirus? See Latest Cases by the Numbers