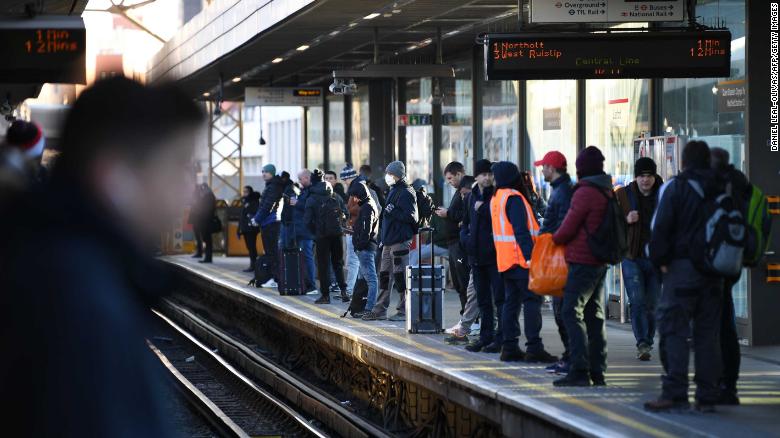 Millions of gig economy workers across the world are facing an impossible choice as a result of the coronavirus pandemic: break lockdown rules, or stay home and earn nothing.

The dilemma was illustrated Tuesday by images of packed subway cars in London less than 12 hours after Prime Minister Boris Johnson announced stricter social distancing measures as part of a nationwide lockdown.
The new coronavirus restrictions mean people are only allowed to leave their homes for medical reasons, to grocery shop or exercise once a day, and to travel to and from work when absolutely necessary.
In the United States, at least 16 states have issued stay-at-home orders which, once in effect, will impact 142 million people, or 43% of the US population, according to data compiled by CNN.
But lockdowns won’t be effective if individuals who cannot work from home continue reporting to job sites because not doing so would deprive them of income.

The UK government’s pledge to subsidize up to 80% of wages does not apply to the country’s 5 million self-employed workers, who have been given limited relief through the tax and welfare systems. The lack of cover has prompted calls for the government to also support gig economy workers.
The Trades Union Congress, which represents nearly 50 UK labor unions, said in a statement Monday that existing measures for self-employed people, which include delayed income tax payments and access to up to £94 ($112) a week through the benefits system, are “clearly not good enough.”
The opposition Labour Party has called on the government to urgently extend financial assistance to the self-employed so that “nobody risks losing their income by staying home.”
“Many of those traveling to work today … work in the gig economy or are freelancers,” London Mayor Sadiq Khan said Tuesday on Twitter. “A proper package of support for these workers would alleviate this situation and help public transport, and I’ve raised this with the government,” he added.

Uber (UBER) CEO Dara Khosrowshahi on Monday urged President Donald Trump to include protections and benefits for independent workers as part of the country’s economic stimulus.
US laws “should protect all workers, not just one type of work,” Khosrowshahi said in a letter to Trump in which he calls on government to consider a longer-term safety net for gig economy workers.
More than 1.3 million Americans work on Uber’s platform. The company had 3.9 million drivers worldwide at the end of 2018. It largely views such workers as independent contractors not eligible for benefits.
Uber said in a statement that it is providing drivers and delivery people with financial assistance for up to 14 days if they are diagnosed with the coronavirus or placed into quarantine by a public health authority. By comparison: the UK wage subsidy will run for at least three months.

More than 27,000 people have died from coronavirus in Italy

Fauci Reportedly To Warn Senate Of ‘Needless Suffering And Death’ If U.S. Reopens Too Soon The nation’s top infectious disease