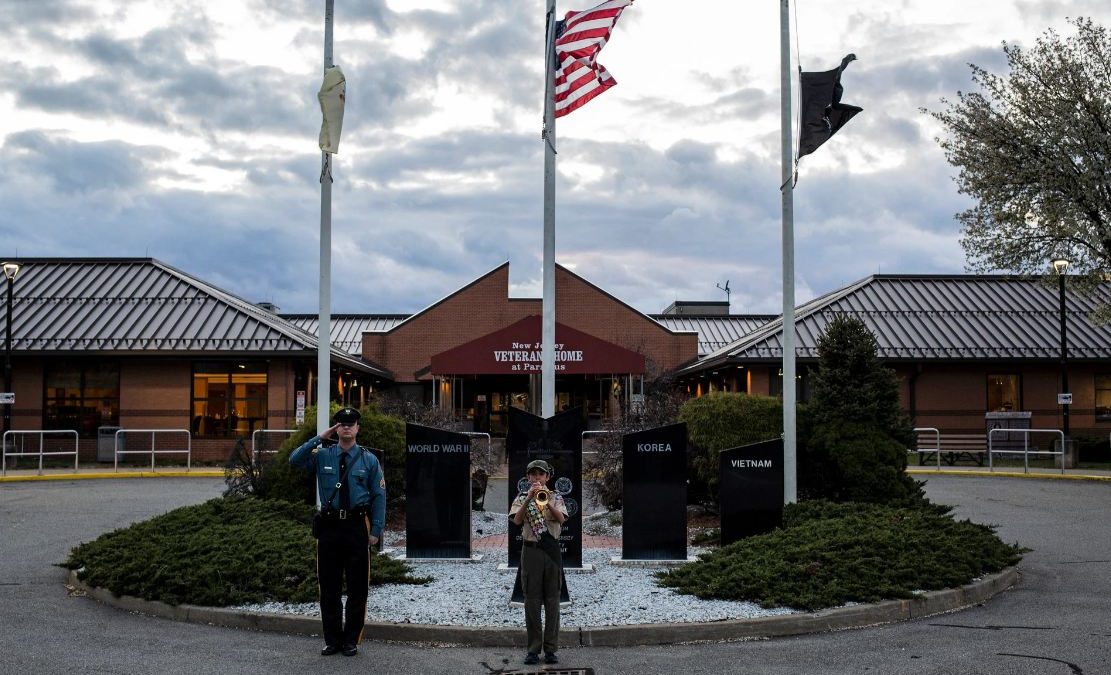 At Crown Heights Center for Nursing and Rehabilitation in Brooklyn, workers said they had to convert a room into a makeshift morgue after more than 15 residents died of the coronavirus, and funeral homes could not handle all the bodies.

At Elizabeth Nursing and Rehabilitation Center in New Jersey, 19 deaths have been linked to the virus; of the 54 residents who remain, 44 are sick.

After 13 people died in an outbreak at the New Jersey Veterans Home in Paramus, the governor called in 40 combat medics from the National Guard.

In Manhattan, two women who met during visits to the Upper East Side Rehabilitation and Nursing Center felt helpless while their mothers died of the virus within minutes of each other. Both had been unable to see their mothers for weeks.

“The last day I went there, I told a supervisor, ‘I’m thinking of taking my mother out before something terrible happens,’” one of the women, Lynda Walsh-Clifford, said. “He said, ‘Don’t worry, everything will be fine.’”

In New York, the U.S. epicenter of the outbreak, the virus has snatched lives in every part of society, the daily death toll near 800 for a third straight day on Friday in what officials hoped would be a peak.

Unlock more free articles.
Create an account or log in
Overall, 7,844 deaths in New York had been attributed to Covid-19 by Friday, and the total for New York, New Jersey and Connecticut was over 10,000.

The virus has perhaps been cruelest at nursing homes and other facilities for older people, where a combination of factors — an aging or frail population, chronic understaffing, shortages of protective gear and constant physical contact between workers and residents — has hastened its spread.

In all, nearly 2,000 residents of nursing homes have died in the outbreak in the region, and thousands of other residents are sick.

As of Friday, more than half of New York’s 613 licensed nursing homes had reported coronavirus infections, with 4,630 total positive cases and 1,439 deaths, officials said.

In New Jersey, nursing homes had been linked to 252 virus-related deaths, more than 90 of them in the past two days. The outbreak has now affected at least 70 percent of the state’s long-term care centers.

The actual infection rate in nursing homes is almost certainly higher than the data indicate because few homes have the capacity to test residents. The assumption among many in the industry is that every nursing home in the region has people with Covid-19.

The crisis in nursing homes is occurring in virus hot spots across the country, with infections growing in places like Rhode Island, Pennsylvania and North Carolina.

Latest Updates: Coronavirus Outbreak in New York
Governor Cuomo urged caution in the rush to reopen New York’s economy.
New York schools are closed for the rest of the academic year.
N.Y.C. will move hundreds of homeless people into hotels as deaths in shelters surge.
See more updates
Updated 3m ago
More live coverage: Global Markets U.S.
In New York, nursing home administrators said they had been overwhelmed by an outbreak that quickly spun beyond their control. They were unable, they said, to have residents tested to isolate the virus or to get protective equipment to keep workers from getting sick or transmitting the virus to residents.

“The story is not about whether there’s Covid-19 in the nursing homes,” said Scott LaRue, the chief executive of ArchCare, which operates five nursing homes in New York. “The story is, why aren’t they being treated with the same respect and the same resources that everyone else out there is? It’s ridiculous.”