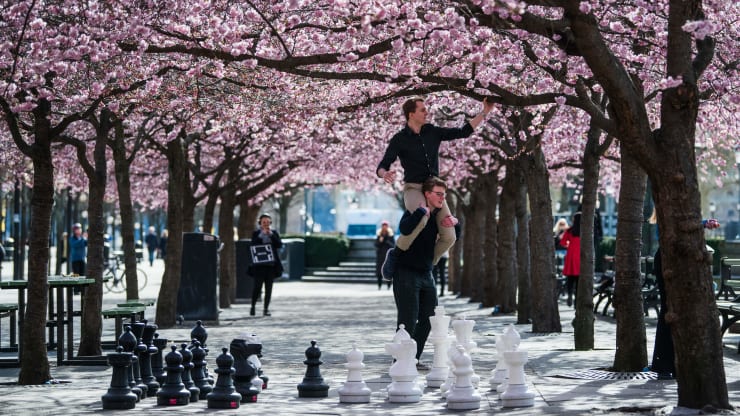 While the rest of Europe imposes severe restrictions on public life and closes borders and businesses, Sweden is taking a more relaxed approach to the coronavirus outbreak.

Unlike its immediate neighbors Denmark, Finland and Norway Sweden has not closed its borders or its schools. Neither has it closed non-essential businesses or banned gatherings of more than two people, like the U.K. and Germany. 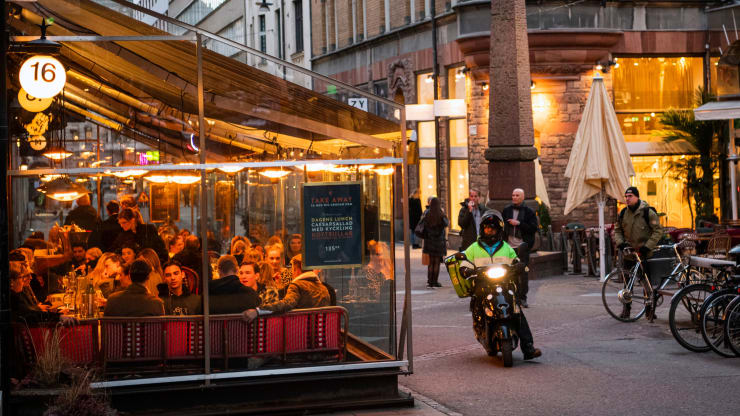 Sweden’s response to the outbreak is being overseen largely by the country’s Public Health Agency. It has taken a conspicuously different approach to the coronavirus from its international peers, trusting the public to adopt voluntary, softer measures to delay the spread of the virus.

This apparently laissez-faire approach has attracted criticism both from within Sweden, from a group of epidemiologists, as well from other countries which are locking down public life to curb the outbreak.

“Sweden has gone mostly for voluntary measures because that’s how we’re used to working,” Tegnell added. “And we have a long tradition that it works rather well.”

He said the agency had explained to the population why social distancing was needed, “and so far, it’s been working reasonably well.”

Sweden has 3,700 confirmed cases of coronavirus and has recorded 110 deaths, the latest data from the Public Health Agency shows.

In contrast, Italy, the epicenter of Europe’s outbreak, has almost 100,000 cases and over 10,000 deaths, the latest data showed Sunday. Meanwhile Spain, the second worst-hit country in Europe, has close to 80,000 confirmed cases and 6,500 deaths. The U.K., considered to be around two weeks behind Italy in terms of the outbreak, has recorded almost 20,000 cases and 1,228 deaths from the virus.

“The incline (in infection and death rates) in Sweden is less steep than in many countries and that’s exactly what we’re trying to achieve,” Tegnell said, adding that opinion polls showed the Swedish public were overall in favor of the agency’s approach.

Tegnell didn’t rule out more stringent measures in Sweden, however, telling CNBC that if there was a sharp increase in cases, the government and Public Health Agency would have a “big discussion on what other measures we can take.”

This weekend, Prime Minister Stefan Löfven said that isolating Stockholm could happen if the outbreak worsens, but that such measures are not currently being discussed. He had previously insisted that successfully combating the spread of the virus was largely dependent on individual behavior.

Sweden has not completely diverged from the rest of Europe. In a similar way to its neighbors, Sweden’s government has advocated working from home if at all possible, avoiding non-essential travel and the elderly are advised to avoid social contact. Of course, advice to wash hands regularly has also been promoted.

As such, compared to elsewhere in Europe, life in Sweden feels eerily normal, Stockholm residents say.

“I still need to go into work, on a crowded bus, to teach my students who are advised to keep coming into school. We are all set up for distant learning, but secondary schools are not closing any time soon,” he said.

He added that some colleagues were brushing off concerns about coronavirus saying, “It’s just the flu, I’m more worried about the start of the pollen season,” and he also referred to the “great trust” Swedes have in their public institutions.

Tom, an Englishman who works in construction in Stockholm, said he was impressed that the country remained so calm.

“Besides the obvious social media influences, I think if they would have enforced harsher initiatives like other countries there would have been more panic,” he said.

“People have been good in accommodating small changes in their lives to help stop the spread, and have been very helpful to each other … To be honest, Sweden has behaved exactly as I would have expected the Swedes to behave.”

Stockholm residents acknowledged that there has been a decline in activity in the city, and yet social life continues.

“On Friday evening, when I went on my way home, I saw loads of groups of both young and middle-aged people hanging out on one of the central squares in Stockholm. It amazed me,” Erik said.

“Whether the Swedish strategy is based on science, reluctance to limit people’s freedom, or on trust that citizens will do what is needed, is not clear to me, at all.” 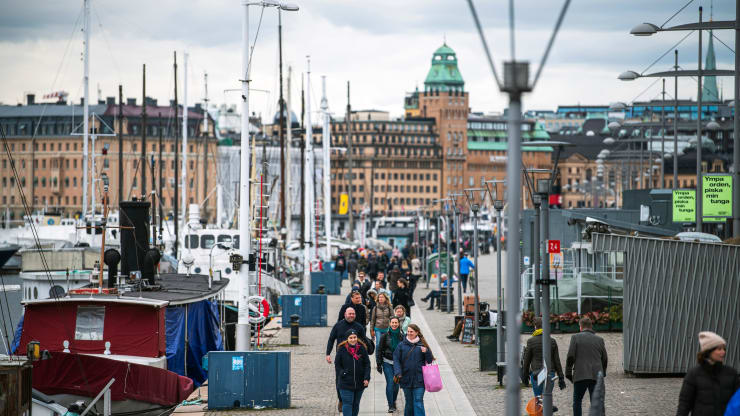 Restrictions or not, Sweden’s economy won’t escape unscathed from the crisis. Last week, Swedbank forecast that the economy would contract 4% in 2020.

“The downturn in the Swedish economy is broader and faster than during the financial crisis. Unemployment will reach 10% already by summer, despite unprecedented fiscal stimulus,” Swedbank said in its report released last Wednesday.

“Most sectors in the Swedish economy are bleeding. In the services sector, several companies are completely without demand, abandoned as cautious households have gone home. Manufacturing is struggling with broken supply chains and falling demand.”

The Swedish government has said that its aim is to limit the spread of infection in the country and the impact on critical services, and it has introduced some measures to limit the economic impact of the virus.

Last week, it announced an aid package for small- and medium-sized enterprises, saying it will guarantee 70% of new loans banks provide to companies that are experiencing financial difficulty due to the virus. It also temporarily reduced social security contributions and introduced company rent support

Coronavirus US live: Trump rants at Pelosi and other politicians as deaths climb past 2,500