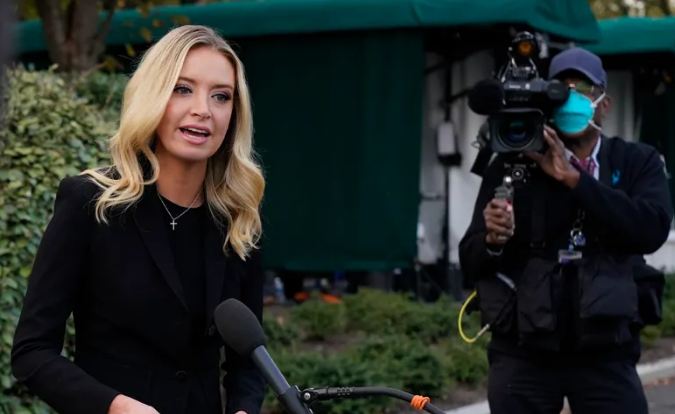 Early Friday morning, the White House announced that Trump and first lady Melania Trump had tested positive, shortly after top Trump aide Hope Hicks tested positive. Hicks had been part of the team that traveled with Trump to the presidential debate in Cleveland last week.

By Friday afternoon, Trump was hospitalized at Walter Reed. Throughout the weekend, White House officials gave conflicting information about the president’s condition, appearing to try to downplay the severity of the virus.

A growing number of officials, from GOP lawmakers to White House aides and members of Trump’s reelection campaign, have also since tested positive for the virus.

Many of the positive cases involve people who on Sept. 26 attended a Rose Garden ceremony for Amy Coney Barrett, Trump’s pick to replace the late Supreme Court Justice Ruth Bader Ginsburg. The attendees were gathered with no masks and did not attempt to socially distance.

Members of Trump’s family were also seen flouting mask-wearing guidelines during the debate.

Trump, who has perpetually downplayed the severity of the coronavirus — even as more than 200,000 Americans have died from it — has repeatedly ridiculed Democratic opponent Joe Biden for wearing face masks during campaign events. During the debate last week, Biden pointed out that Trump rarely wears masks in public. Trump mocked Biden for doing so, despite widespread scientific consensus that wearing masks greatly reduces the spread of the coronavirus.