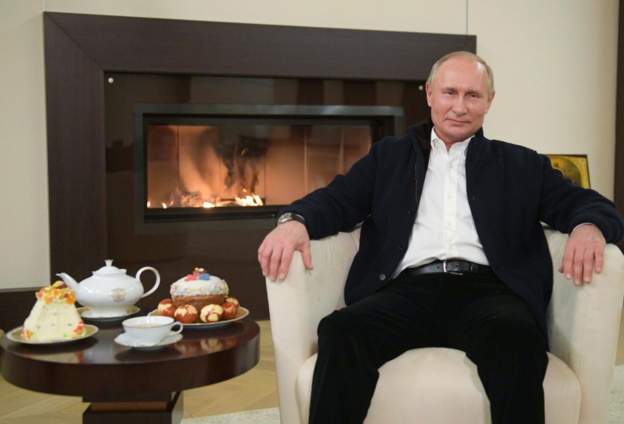 Millions of Orthodox believers in Russia are celebrating Easter with churches closed and services broadcast on TV and online in an attempt to slow the spread of the coronavirus.

In Moscow the main Easter vigil was held with no congregation. The patriarch told those following at homes that this was to protect them from a “terrible illness”.

President Vladimir Putin, who normally attends Mass with the Patriarch, sent a video message to the nation instead. He assured people that things were “fully under control” and said Russia would come through the “trial” it had been sent.

But the country announced another surge in new cases on Sunday, taking the total infected so far close to 43,000.

With more than 100,000 tests done each day, the number of cases detected here is growing and fast. Most are still in and around Moscow but the virus is increasingly spreading in the regions.

Despite all this, some parishes do seem to have defied the lockdown to attend services in places.

A Covid-19 vaccine is on track to roll out in December. Here’s how that will work.