Scientists Still Have Problems With AstraZeneca and Oxford’s Vaccine Results 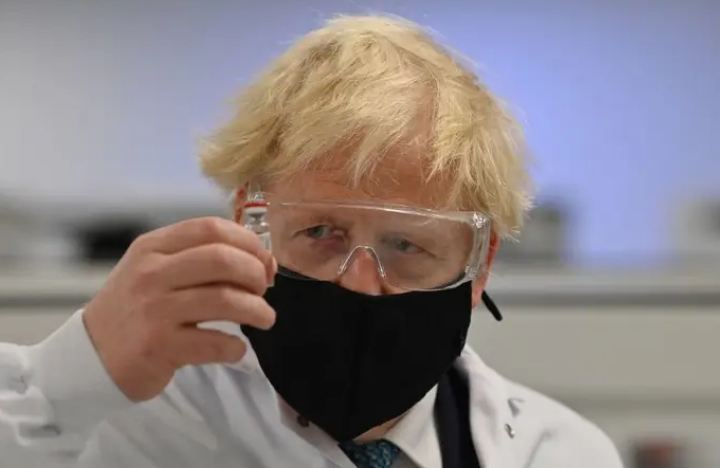 The journalists at BuzzFeed News are proud to bring you trustworthy and relevant reporting about the coronavirus. To help keep this news free, become a member and sign up for our newsletter, Incoming.

The first peer-reviewed results describing clinical trials of a COVID-19 vaccine developed by Oxford University and the drug company AstraZeneca were published on Tuesday, after a preliminary announcement made in late November spurred confusion and criticism among scientists.

The paper, published in the medical journal Lancet, described trials of the vaccine run by Oxford in the UK, Brazil, and South Africa. Overall, data from the UK and Brazil indicates that the vaccine was 70% effective in preventing symptomatic COVID-19. No serious safety issues were reported in the three countries.

The results announced by press release in November had highlighted that the vaccine could be up to 90% effective if given in a half dose for the first shot. But the group did not disclose that the data was obtained as a result of a dosing error, and scientists subsequently criticized the trial leaders for a lack of transparency and rigor.

Andrew Pollard, head of the Oxford team, told BuzzFeed News that he hoped the paper would put concerns about the trial to rest. “Most of it has been an assumption that we’ve been trying to cherry-pick data to find good results,” he said. “But that isn’t the case. We’ve agreed in advance with regulators the approach to be taken.”

Still, scientists who were confused by the earlier press releases are not convinced that their concerns have been fully addressed.

“In terms of policymaking, the 70% number remains hard to interpret,” Natalie Dean, a biostatistician at the University of Florida who specializes in designing strategies to test vaccines against emerging diseases, told BuzzFeed News.

“It’s a mess,” John Moore, a virologist at Weill Cornell Medical College in New York who works on developing vaccines against HIV, told BuzzFeed News. “The vaccine clearly ‘works,’ but we still don’t know how well.”

The vaccine, developed by Oxford University and its spinoff company Vaccitech, is being brought to market in collaboration with the British-Swedish pharmaceutical company, AstraZeneca. It consists of a chimpanzee adenovirus — a group of viruses that can cause common colds in people — engineered to make the “spike” protein from SARS-CoV-2, the virus that causes COVID-19.

Scientists and public health officials have been anxiously awaiting these results because the Oxford-AstraZeneca vaccine is the most widely pre-ordered of the COVID-19 vaccines that governments hope will finally bring the pandemic under control.

The appeal lies in the vaccine’s low cost and ease of delivery. Supply deals announced so far indicate that the Oxford-AstraZeneca vaccine will market at less than $4 per dose, compared to around $20 to $25 for the other vaccines with results from large-scale clinical trials, made by the rival drug giant Pfizer and by Moderna, a biotech company based in Cambridge, Massachusetts.

What’s more, the Oxford-AstraZeneca vaccine can be stored at normal refrigeration temperatures, unlike those from Pfizer and Moderna, which must be deep-frozen until shortly before use — in the case of the Pfizer vaccine at around -70 degrees Celcius.

But claims for the vaccine’s efficacy have been under a cloud since Nov. 23, when AstraZeneca issued a confusing press release describing combined results from trials run by Oxford University in the UK and Brazil involving some 23,000 volunteers. Based on how 131 cases of COVID-19 were distributed across the vaccine and placebo arms of the trial, AstraZeneca claimed an “average efficacy of 70%.”

That suggested the vaccine was less effective than its main rivals, as Pfizer and Moderna had each announced earlier in November that trials for their vaccines indicated that they were more than 90% effective.

But in a twist, AstraZeneca and Oxford claimed that their vaccine was also 90% effective, if participants were given a half dose followed by a full dose. Two full doses, meanwhile, resulted in only 62% efficacy. The more successful result featured prominently in their publicity push.

“Excitingly, we’ve found that one of our dosing regimens may be around 90% effective and if this dosing regime is used, more people could be vaccinated with planned vaccine supply,” Pollard said in the press release.

Scientists were initially confused by these findings. “I found the results, as presented, difficult to interpret,” Dean told BuzzFeed News last week.

And as more details emerged of what happened, experts became increasingly skeptical of the 90% claim. First Mene Pangalos, head of AstraZeneca’s non-oncology research and development, admitted to Reuters that the half dose was in fact the result of an error — made by the Italian manufacturer Advent and first revealed by the Mirror newspaper back in June.

Then on Nov. 24, Moncef Slaoui, lead scientist with Operation Warp Speed, the US federal government’s partnership to accelerate COVID-19 vaccine development, told reporters that the volunteers mistakenly given the initial half dose were all under the age of 55 — so not representative of the ages of volunteers across the whole trial.

The fact that the dosing error affected a nonrepresentative group reflects another confusing aspect of the UK trial: Since it was first listed at ClinicalTrials.gov in late May, the number of specific patient groups in the trial has steadily been increased, resulting in a bewildering array of 12 experimental groups and 25 subgroups each given subtly different treatments.

In the new Lancet paper, the Oxford team controlled statistically for the age differences between the groups given the different doses, finding that the improved efficacy for the half-dose, full-dose treatment remained. But other scientists remain concerned that there is so far no data on how well it works in older people — who are most vulnerable to COVID-19.

What will happen to Europe’s tourism industry?