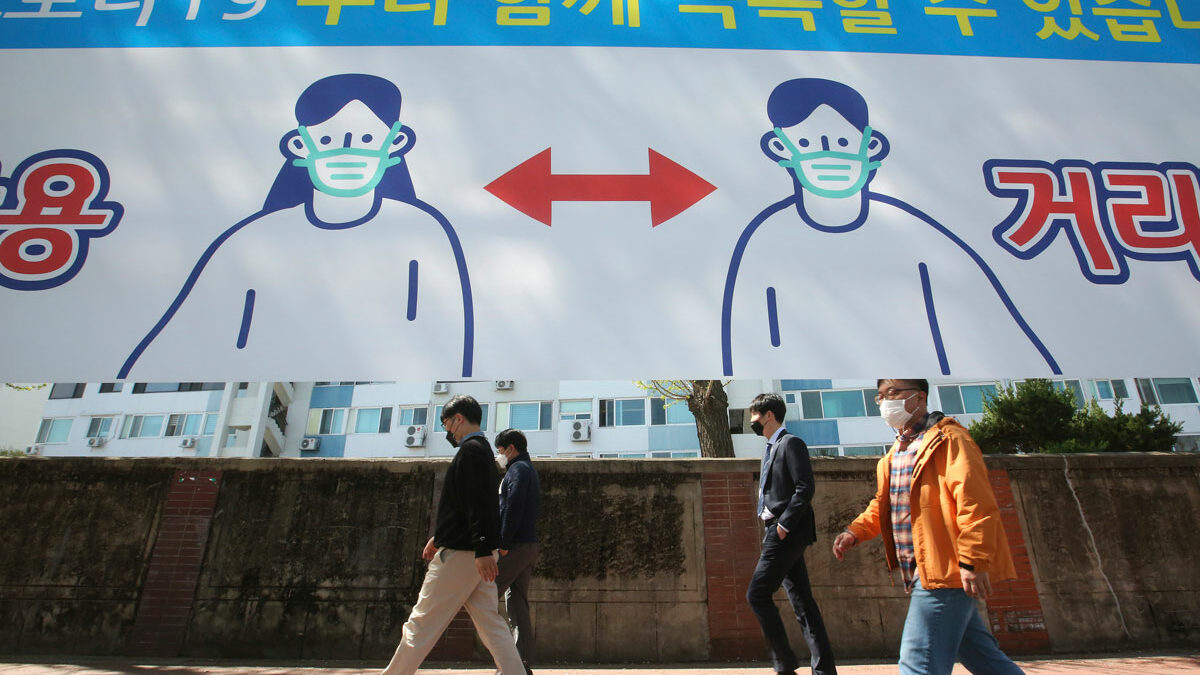 People wearing face masks pass by a banner displaying precautions against the coronavirus on a street in Seoul, South Korea, Monday, April 5, 2021. The banner reads " We can overcome Corona 19." (AP Photo/Ahn Young-joon)

South Korea on Monday reported 473 new Covid-19 cases in the previous 24 hours, bringing the national total to 105,752, according to a statement from the Korea Disease Control and Prevention Agency (KDCA).

Seoul’s metropolitan area accounted for 276 of the total cases. Among the daily figure, 449 were locally transmitted.

On Saturday, South Korea recorded 543 new daily cases — its fifth day in a row of more than 500.

The rise prompted a warning from South Korea’s Health Minister Kwon Deok-cheol, who said the country could be at the crossroads of a fourth coronavirus wave.

“For the past week, the number of daily new cases has been around 500, clearly showing an increasing trend of infection,” Kwon said in a briefing Sunday.