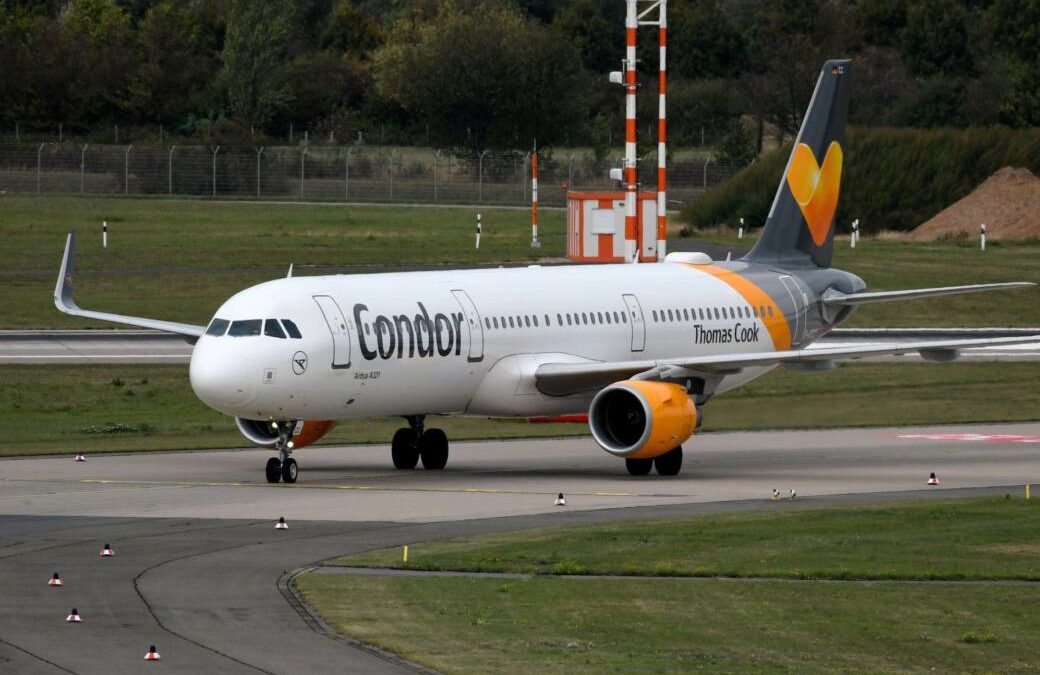 With the airline Thomas Cook Aviation it has now hit the first German airline – it is filing for bankruptcy. “Focus” reports, citing a video message from the management. According to the magazine, airline boss Ralf S. Nagel said that the company is seeking bankruptcy in the protective shield process.

The reason for the bankruptcy is that the only customer, namely the airline Condor, has to stay on the ground with the entire fleet because of the corona pandemic. A framework contract was terminated, as reported by “Focus”. According to Nagel, the small airline (the fleet consists of six Airbus aircraft) is now trying to make money elsewhere, e.g. with transport flights for medical equipment.

Will Condor be nationalized?

Condor itself had to face extreme financial difficulties last year due to the bankruptcy of Thomas Cook and took out a state loan of 380 million euros, which is actually due on April 15. But now it is said that the airline could even possibly be nationalized. According to insiders, this is becoming apparent, reports the Reuters news agency exclusively.

The planned takeover of Condor by the Polish airline LOT threatens to fail due to the demands of the Poles, said several people familiar with the matter. LOT owners PGL demand such extensive guarantees that a sale would be unattractive for the federal government. Instead, the parties involved were now working on the federal government’s contribution via the KfW development bank Condor get in. When the corona virus crisis is over, they want to start a new sales process.

“Talks are going on,” said an insider. Condor explained that there is no comment on speculation. But one is in discussion with everyone involved. “A decision has not yet been made.”