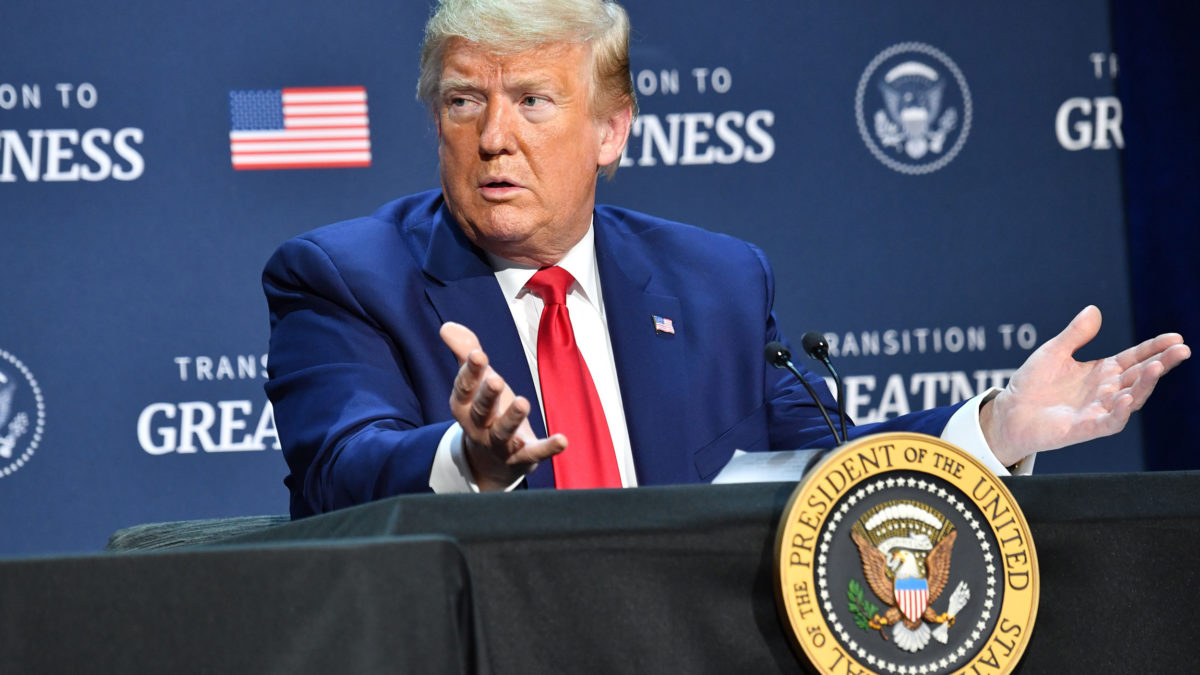 US President Donald Trump gestures as he speaks during a roundtable with faith leaders and small business owners at Gateway Church Dallas Campus in Dallas, Texas, on June 11, 2020. (Photo by Nicholas Kamm / AFP) (Photo by NICHOLAS KAMM/AFP via Getty Images)

President Trump warned against blanket descriptions of Americans as racist or bigoted.

Speaking earlier today amid a national outpouring of anger over systemic racism in policing, Trump insisted that “Americans are good and virtuous people.”

“We have to work together to confront bigotry and prejudice wherever they appear, but will make no progress and heal no wounds by falsely labeling tens of millions of decent Americans as racist or bigots,” Trump said at a roundtable in Dallas.

“We have to get everybody together, we have to be on the same path,” Trump said.

In his remarks, Trump repeatedly lauded police forces and described those who used excessive force as “bad apples.”

Instead of speaking about police violence against black people, Trump decried officers who are targeted in the line of duty.

“They get shot for no reason whatsoever and they are wearing blue,” he said. “They get knifed.”

Trump also suggested his attempts at racial reconciliation would go “quickly and easily.”