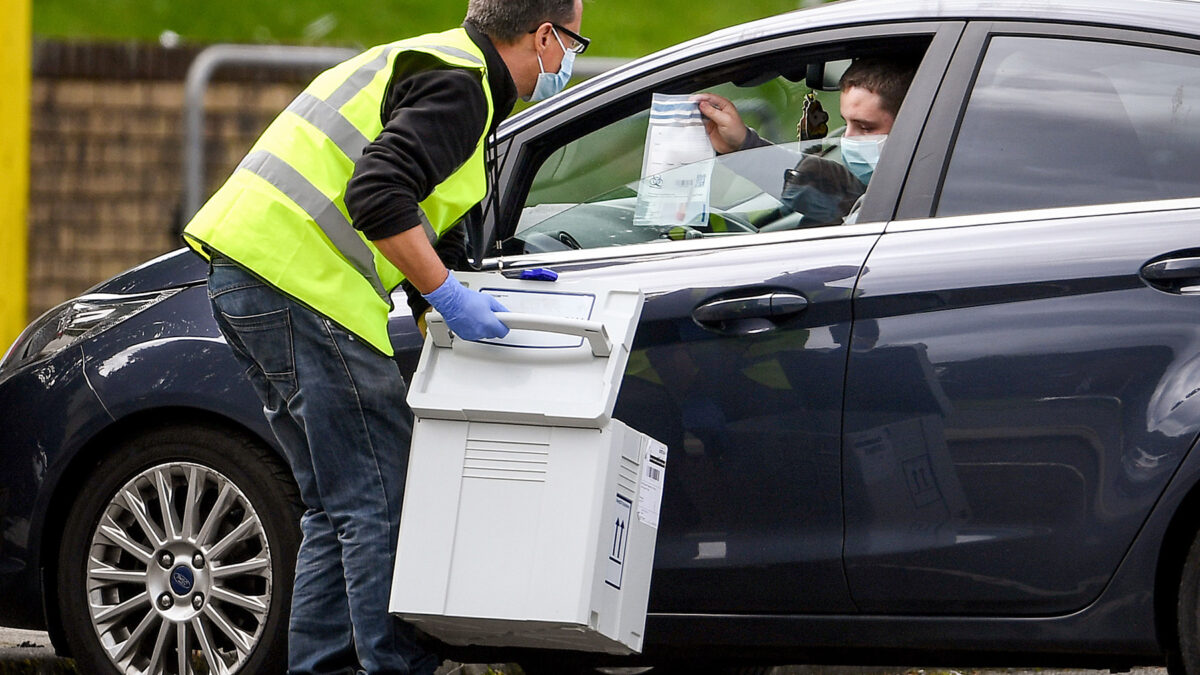 DUMBARTON, SCOTLAND - SEPTEMBER 03: Members of the public get tested for COVID-19 at a coronavirus mobile testing centre in West Dunbartonshire on September 3, 2020 in Dumbarton, Scotland. Starting last night, Scottish authorities banned people in Glasgow city, West Dunbartonshire and East Renfrewshire from visiting other households. The new rules, which last for two weeks, come as 135 new coronavirus cases were reported in the Greater Glasgow and Clyde area in the last two days. First Minister Nicola Sturgeon has stated the R number in Scotland, could be as high as 1.4. (Photo by Jeff J Mitchell/Getty Images)

The United Kingdom has recorded 2,988 new Covid-19 cases in a 24-hour period — the highest daily number since May, according to government figures published on Sunday.

In response to the new figures, Scotland’s First Minister Nicola Sturgeon tweeted: “Cases rising across the UK – 2988 being reported today compared to 1813 yesterday. This reminds us again of the need to be very vigilant and comply with all the facts.”

Comparisons should be made with caution because the number of tests being processed has increased since May.