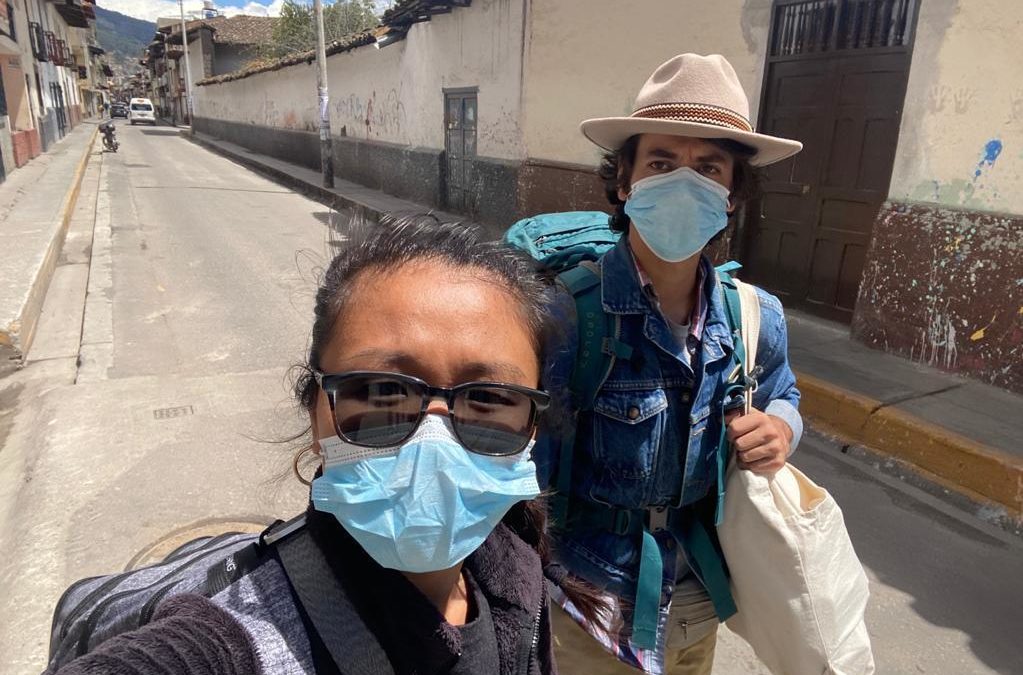 Pu Ying Huang (left) and Dylan Baddour walk along an empty street in Cajamarca, Peru, on March 18, while they were moving from a small hotel room to an Airbnb to ride out the country's 15-day lockdown.

There are close to 5,000 Americans stranded in Peru, and lawmakers are pressuring the State Department to repatriate them back to the U.S. amid the coronavirus pandemic.

The U.S. Embassy in Lima told Fox News on Wednesday that 700 Americans departed Peru for the U.S. on an overnight flight Monday, only slight progress since the international airport located in the country’s capital city closed to stop the spread of the virus.

Still, the Americans stuck in Peru since COVID-19 forced the government to shut the country’s borders are vexed at the slow response by the U.S. State Department in repatriating its citizens and the lack of response to confusion by people abroad who don’t know when they’ll be let back into the U.S.

Sen. Marco Rubio, R-Fla., lamented on Twitter Tuesday “#AmericansStuckInPeru is due to lack or urgency by some in mid-level of @StateDept.” 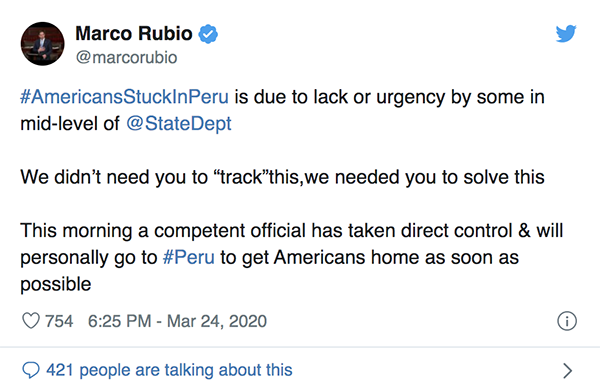 “We didn’t need you to ‘track’ this, we needed you to solve this. This morning a competent official has taken direct control & will personally go to #Peru to get Americans home as soon as possible”

The “competent official” Rubio referred to is Julie Chung, principal deputy assistant secretary in the Bureau of Western Hemisphere Affairs. A Rubio official told The Hill that “the individual manning the Peru desk has been ‘tracking’ this issue for a week, but doing nothing and the Ambassador essentially abandoned the post to return to Washington.”

Ambassador Krishna Urs, the U.S. liaison to Peru, left the country on March 20, outraging many of the Americans stuck. The embassy cited medical reasons for Urs’ swift departure.

“We continue advocating vigorously for the return of our citizens and working with the Peruvian Government so that they can clear all bureaucratic hurdles that prevent U.S. citizens from returning home,” the embassy said in a statement.