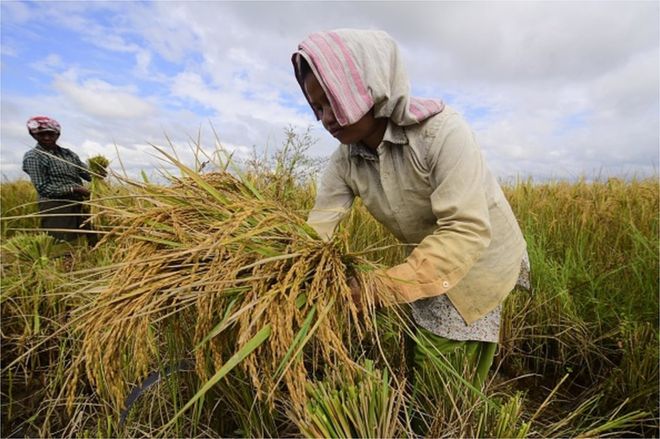 The market in Lasangaon in the western Indian state of Maharashtra usually thrums with farmers and traders. But the mostly migrant men and women who unload, load and grade onions – an essential part of the diet of millions of Indians – are missing.

The market, which accounts for a third of India’s onion produce, managed to stumble along for nearly a week after India imposed a strict 21-day lockdown, and suspended bus, train and air travel to prevent the spread of coronavirus.

But the lockdown also led to an unprecedented exodus of workers from their places of work, to their homes in far-flung villages all over the country. Farmers were still able to go to their fields and pick onions after the government made it clear that agriculture was an essential service. And a few workers had stayed back to keep the Lasangaon market running.

But then came a news report that one person had tested positive for Covid-19 in the neighbourhood, and panic set in. The day the market stalled, some 450 tonnes of onions were waiting to be transported all over India as well as to the port in Mumbai for export.

“First the trucks stopped coming. Then some labourers fled. Then came the news about the virus patient. The rest of the workers fled,” Manoj Jain, an onion trader, told me. “Maintaining social distance in a crowded auction market was becoming very difficult too.”

More than 1,700km (1,056 miles) away in eastern Bihar state, a farmer found himself in a similar quandary. 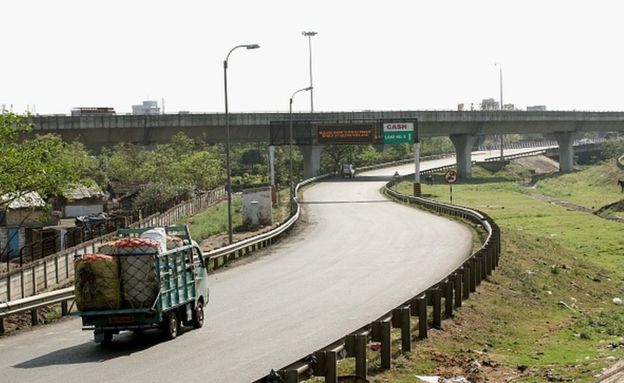 Manuwant Chowdhary, who grows rice, vegetables and fruit and rears livestock on his 30-acre farm in Samastipur district, told me that the workers he employed were locals who lived across the road. But they were refusing to come to work.

“They are scared to even cross the road and come to the farm because they believe they won’t be allowed to return,” Mr Chowdhary told me.

“There’s so much stigma and misinformation here about the virus that villagers have stopped going out completely. When I told one of my workers that she should be washing her hands regularly, she asked me whether she could drink cow urine as a remedy instead. We can’t even farm while maintaining social distance in the field.”

More than half of India’s workforce engages in farming, while agriculture contributes some 16% to the country’s GDP. India is one of the world’s largest producers of crops like rice, wheat, sugarcane, cotton, vegetables and milk. Now there are concerns that stopping farm activity will not only end up hurting farmers and labourers but also affect food security.

The lockdown couldn’t have come at a worse time.

India’s peak farm activity happens between April and June. This is when the winter crop – wheat, rice and pulses – is harvested and sold. It is also peak season for fruits. And it is also when farmers begin sowing the summer rain-fed crop, comprising paddy, pulses, cotton and sugarcane. “The lockdown has hit both these seasons,” says Mekhala Krishnamurthy, an associate professor of sociology and anthropology at Ashoka University. 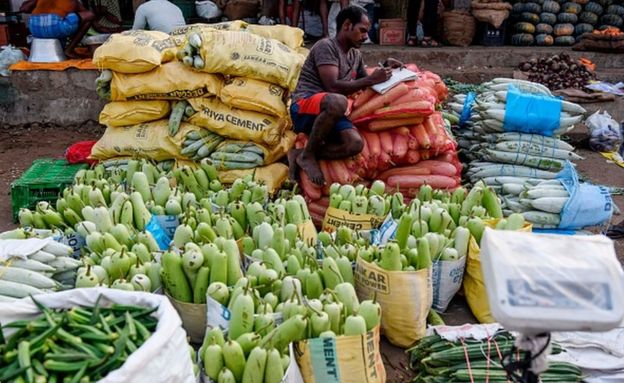 Also, even before the outbreak, Indian farmers were struggling. Low crop prices had led to a massive slowdown of rural consumption. “Even in normal times,” said Mr Chowdhary, “farming has become unviable.” Some 200,000 farmers have taken their lives in India since 1997. Most of the suicides have been linked to poverty, debt, a sharp rise in costs and crop failures due to pest attacks.

The government has announced a $23bn (£18m) relief package to provide food security and cash transfers to the poor. But it has been criticised for being inadequate.

State governments are trying to mop up funds to procure crops. Tamil Nadu in the south is planning to loan tractors to farmers, but it’s unclear whether they will be able to operate them. It is also not clear how supply chains can be eased without opening up some public transport.

And there are other pressing challenges.

How will migrant workers be persuaded to return to the farms? How quickly will nervous buyers of the crops begin to procure at pre-lockdown levels? If they buy less, there will be a rise in food prices in the market, and a further fall in income for farmers.

But it’s not all bad news. For instance, there are attempts to move things on the ground.

India has some 7,500 big wholesale farm markets and another 25,000 small weekly markets. “Some of them have begun reopening and they are trying to figure out how to operate and transport produce and maintain social distancing,” says Dr Krishnamurthy.

Also, the winter crop has been bountiful. India has a robust food stockpile – some 60 million tonnes of food grains – and the world’s largest state-run food distribution programme. Food shortages are unlikely. But the challenges are in supporting farmers, sharecroppers and labourers until things return to normal; getting food to the poor and securing the harvest for the next season.

Despite the formidable odds, Indian farmers appear to be largely resilient.

“Our problem is the market is closed and there’s no transport, so we are unable to sell. But I am in my farm now, working alone,” Ganesh Nanote, a cotton farmer from Akola, Maharashtra, told me on the phone.

Then he sent me a selfie from the farm to prove that he was “not losing hope”. 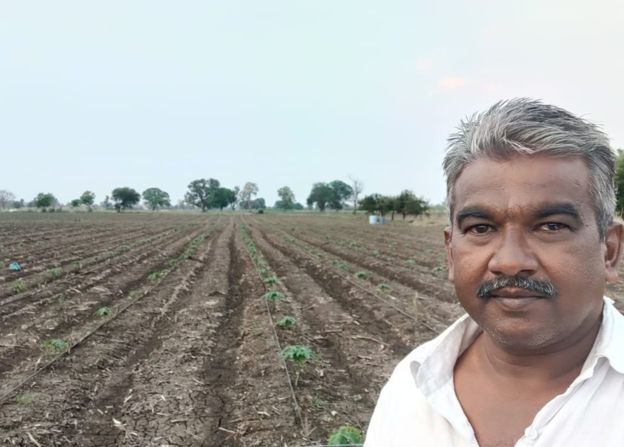